Codemasters have spoken about the just-announced Bodycount, saying the game will be genre-defining.

EP Tom Gillo stated that their core focus for the game is to deliver best-in-class gun play that places the gamer at the heart of the experience. He also added that from the jaw-dropping devastation caused by firing into enemies or shredding the world around you in a hail of bullets, Bodycount will crystallise the moment of pulling the trigger into an exhilarating sensory overload of action.

The game has been confirmed to release for both the PS3 and 360 in next year’s first quarter. 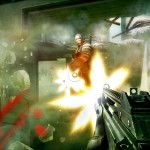 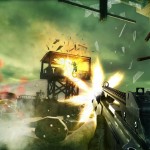