Will Ever See the Release of Black 2?

Will Criterion's beloved first person shooter ever get a second lease of life?

Bodycount, by Codemasters, is the latest addition to the first person shooter genre. I spent some time with this game and if I had to sum it up in one word, it would be “disappointing”. The game s... Read More 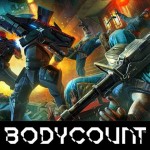 Check out the full HD Video Walkthrough and Game Guide for Bodycount. Complete Bodycount’s single player campaign with the help of this video guide. ***Please note this walkthrough was not... Read More

[HTML1] Check out the launch trailer for Bodycount. Tell us what you feel in the comments section below.Read More

We recently went hands on with Bodycount and after playing it for a couple of hours we had no doubts in our mind that this game is shaping in to a unique first person shooter experience. With a visual... Read More

Bodycount demo out on XBL

The demo for Bodycount is now out on Xbox Live, Codemasters has announced. It will see the players go through the early African missions, assuming the role of a Network Operative dropped into a war... Read More

2011 has been a pretty intriguing year for first person shooter fans beginning with the sci-fi action game in Killzone 3 and the more recent cash light Section 8: Prejudice. Things will get even hotte... Read More

"Firing a weapon in real life is a visceral, dynamic experience".

[drop-cap]C[/drop-cap]heck out these Bodycount Wallpapers in HD. bodycount-wallpaper-1 Read More 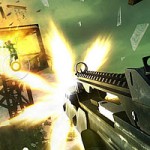 Bodycount Out This August

[HTML1] The FPS, Bodycount from Codemasters should have already been released.  Codemasters has now set a new release window for the game, it will be out sometime in August for the Xbox 360 and Play... Read More

[HTML1] Here is the latest trailer for the FPS from Codemasters entitled Bodycount with a new engine supporting co-op and multiplayer.  The game is due out this August and we will then see how the g... Read More

Bodycount is a new first-person shooter from Codemasters, that's powered by the award-winning EGO Engine. We got to preview the game at E3 and probably one of the most impressive aspects of the gam... Read More

[drop-cap]C[/drop-cap]heck out these brand new screens and the box art from Bodycount. 1   Read More

According to Eurogamer, Adrian Bolton, the general manager at Codemasters, has left the studio. This is not the only time this happened at Codemasters, in fact, Stuart Black, the Bodycount creato... Read More