2011 has been a pretty intriguing year for first person shooter fans beginning with the sci-fi action game in Killzone 3 and the more recent cash light Section 8: Prejudice. Things will get even hotter once the big guns like Battlefield 3 and Modern Warfare 3 get released later this year. But there is one thing which is common in all of these shooters. They are awesome in their own rights but they have pretty much the same military feel to them. This is not a criticism, but this is the only and perhaps the best way that sets Codemaster’s upcoming Bodycount apart from the rest. 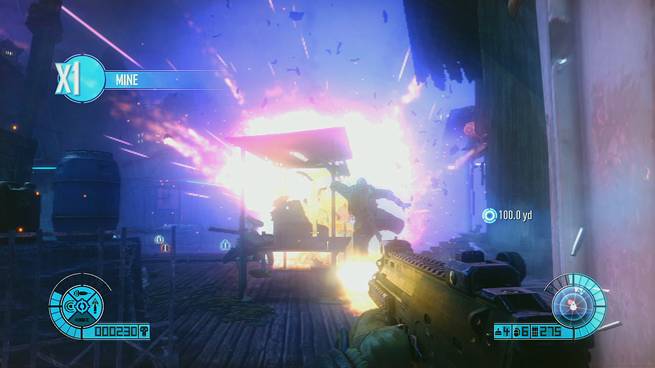 Use your environments to take down your enemies in style.

I was recently invited by Zapak to get hands on the PlayStation 3 version of Bodycount and I came back heavily impressed.  The game is being developed by the same team who were behind last generation’s highly underrated Black. I got a chance to play across three different maps, each of them making sure of a unique shooting experience. One of the first maps was set in an industrial place, which was open by design, giving you and your enemies enough opportunities to shoot each other strategically. The mission objectives are simple and straight forward, consisting of going from Point A to Point B. One of the main features of Bodycount is the environment destructibility, with almost every object like walls and cover destructible. As is expected from the developers of Black, the game tries to create a dynamically-changing playing environment and is highly successful at doing so.

The second map was set in a sub-urban town and the artistic design accompanying it was mind blowing. Soothing visuals accompanied by heart pumping music set this level apart from the others. The third map was set in a sci-fi environment with ample opportunity for taking cover, pop out and shoot. The one gameplay element to be noticed here is that every level has different kind of enemies with each of them having different level of artificial intelligence. This is one of the points that sets Bodycount apart where you are actually fighting an unknown enemy, with different reaction times, something which may catch players by surprise. 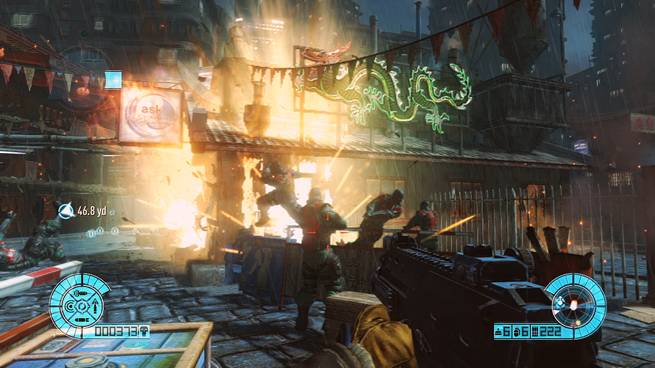 One of the most eye soothing levels I have played in first person shooters.

Bodycount packs the player with a number of weapons and a few of them can be unlocked via weapon stashes found across the maps. However for some strange reason you can’t pick the weapons dropped by your enemies. I am pretty sure this was intentional by design so that game becomes a bit tough, but some players might find this a bit odd. You also have grenades and mines at your disposal, something which you can use strategically to take down some of the stronger enemies in the game. The game also features a cover system which can be compared to one which was present in Killzone 3, but for some reason I found the freedom factor to be more in Boydcount.

Bodycount is shaping up to be a promising shooter and tries to do something different. With its excellent level design, challenging enemies and the way players can use the dynamic environments to their advantage is something that first person shooter fans will fall for. I just hope that this game does not get lost amidst the plethora of first person shooters coming up in the months ahead. 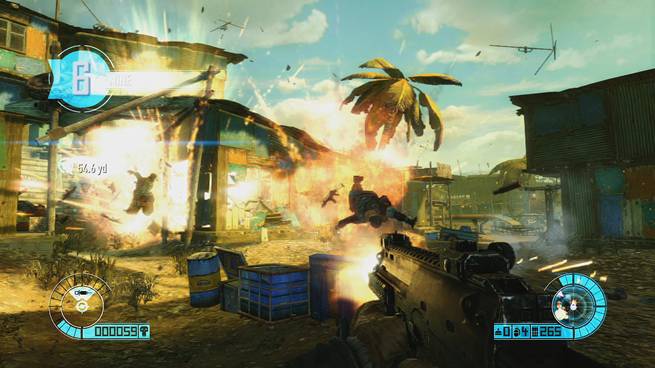 I just hope that this game does not get lost amidst the plethora of first person shooters coming up in the months ahead.

Bodycount is being developed at Guildford Studios and published by Codemasters. The game will release on the PlayStation 3, Xbox 360 and PC this August in North America and September in Europe/India.