Will Ever See the Release of Black 2?

Will Criterion's beloved first person shooter ever get a second lease of life?

Few games shook up the first person shooter scene of 2006 as much as Black from Criterion games and EA. Sure, you still had Call of Duty, Splinter Cell, and Medal of Honor games doing their thing, but Black was such a raw, unfiltered excursion into a safari of outlandish Hollywood-style action that few games had really attempted with such specific intent up to that point and even fewer have been able to as effectively pull it off – if any. The core tenets of Black’s gameplay were simple. Clear rooms of all enemies, steal enemy intel, and blow crap up. Often doing these things in rapid succession of each other if not simultaneously. Black didn’t reinvent the wheel in this regard.

On paper these were all things that you could find in countless other similar games before and after Black, but what Criterion was able to do with those core elements was dress them up in such an effective non-stop haze of explosions, bullets, and absurdly awesome-looking guns that you never really had a moment to realize how familiar those waters were. You were too busy having fun blowing up entire buildings with well-placed rockets and shooting doors off their hinges with SPAS-12s to think about that. For all the excellent work that went into Black, it was received pretty well by critics and sold reasonably well, too. Criterion’s unbroken devotion to over-the-top action and reloading animations paid off by making Black a hit with most critics, with the only prominent complaints being a lack of the multiplayer mode and limited replayability.

Like the lingering concussive after-effects of one of the game’s many explosions, Black continues ringing in the minds of shooter fans. Often ending up on prominent “top 10 first person shooters” lists and various other nostalgia pieces – like this one. Knowing that, you’d think Black would have become its own franchise by now – or at least earned a sequel or two, but no such sequel has ever surfaced. It’s not every day that a classic like Black comes out and doesn’t turn into a trilogy if not more than that. So why hasn’t it? Why hasn’t Black gone on to become a franchisee at least as long as many lesser shooters have? What the hell happened to Black? And where the hell is Black 2?

Something that’s probably worth pointing out before any theories get created;  Criterion was primarily a developer of sports and racing games. From the hoverboarding game Airblade early in the PS2s life, to the Burnout series, and eventually a couple of Need for Speed titles, Criterium wasn’t really known for making shooters, and that just wasn’t really their role within EA. They already had teams in place for Battlefield and Medal of Honor games, so one could surmise that to have a third team spending time in that same genre, while they were already seeing relative success in two completely different franchises, might seem like an endeavor into redundancy.

While you or I may be inclined to feel like, “hey, the more the merrier!”  I can also understand why people looking to maximize profits and get a good read on what franchises are doing the best within the company wouldn’t want to risk cannibalizing themselves and making their long-standing first person shooter franchises appear weaker than they actually are in terms of sales. I have no concrete evidence that this was the thought process over at EA but I wouldn’t be surprised at all if that came up when discussions of a Black 2 wear being had. 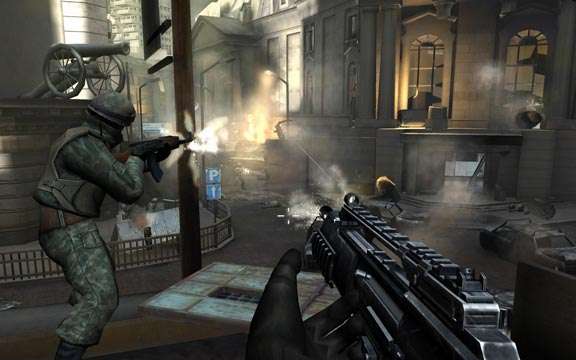 We do know that those discussions did happen though. According to an interview conducted a while back, co-creator and designer of Black, Stuart Black, did admit that plans for a sequel to Black were definitely a thing for a while, but we’re ultimately scrapped because of differences between Stuart and Electronic Arts. Unfortunately, details on what those differences were and how exactly they led to the downfall of Black 2 remain elusive.  but knowing how big game Publishers were trying to cram multiplayer modes into everything back then one could reasonably suspect that that might be part of the problem.

Black was criticized for not having multiplayer in a time where pretty much every shooter was expected to have one. Even the most generic, uninspired multiplayer modes generally added to how well games were reviewed back then, and it’s likely that a shift in focus from a highly orchestrated single player over to a more sprawling multiplayer experience might have been pushed on Criterion during development, which obviously wouldn’t have jived with the creators because that’s just not what Black was about. Black was a linear, focused, set-piece heavy game. For a sequel to be anything other than that would have just felt too different.

Regardless of what exactly happened, Stuart Black would eventually move on from Criterion and EA to make the closest thing to Black 2 he was going to be able to with the help of a new team over at Codemasters – another studio with a disproportionate amount of experience in racing games. The game of course could not be called Black 2, so the title Bodycount was decided on, which pretty much gets the same vibe across I suppose. Bodycount would sport a lot of the same ideas that Black did. Destructible environments, non-stop firefights, and a very purposeful devotion to action-movie style obliteration of the enemy. 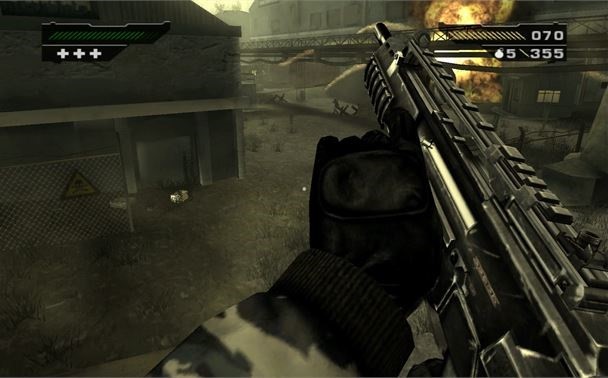 Bodycount would add another layer on top of the moment-to-moment gameplay with almost Call of Duty-style scorestreaks that rewarded headshots with higher scores and devastating power-ups. Interestingly enough Bodycount would also have multiplayer in the form of competitive death matches as well as a co-operative horde mode where players would team up and survive as long as they could against wave after wave of enemy forces. Despite Codemasters bending to the apparent will of the market by including those extra modes and a scoring system that encouraged multiple playthroughs, Bodycount wouldn’t be received nearly as well as Black was. While most reviewers would cite that this type of action game never fully goes out of style, some common complaints among players and critics alike would surface.

For instance, the shooter market was different in 2011 than it was in 2006, and many other shooters like Bulletstorm had come along to claim the throne of insane bombastic gameplay that the original Black may have had a tighter grip on five years prior. This made Bodycount seem tame by the current standards, and thusly, not nearly as exciting. On top of that, the destructible environments had also already been done better by the Bad Company games, which also came out between Black and Bodycount. Aside from that, while the scoring system did provide a little bit of depth to the game play, it also sort of undercut its own gameplay ideas by encouraging you to play slowly and methodically to get the best possible scores.

If you played Bodycount the way you played Black, guns blazing and precision be damned, you would be punished with low scores. Yet, to be rewarded with power-ups and favorable scores, the gameplay would suddenly feel more like a much more generic affair. It’s hard to not respect what Bodycount was trying to do, but at the end of the day it was not a worthy follow-up to Black, and may have even contributed to EA’s lack of interest in the IP with how quickly Codemasters’ new game fizzled out. 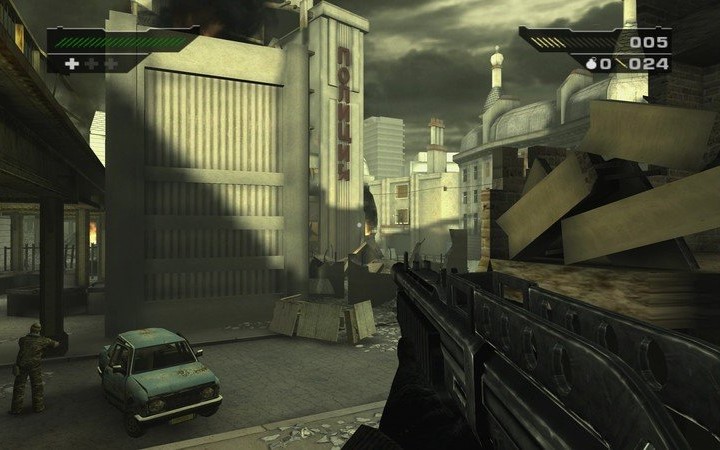 That said the failings of Bodycount are not necessarily indicative of a lack of interest in Black 2. And given the climate of first-person shooters today, where you either have the action of Wolfenstein on one side and the straight down-the-line military shooters of Battlefield and Call of Duty on the other, I think there is an argument to be made that there is room for something to take the best ideas from both of those worlds and exist somewhere in the middle. Given that Criterion has recently been put back in the driver’s seat for the Need for Speed series, I wouldn’t expect them to have the time or the interest in a Black 2 for some time to come, but the IP still exists over at EA. If they’re ever so inclined to take a little risk we could end up with a Black 2 someday, but for now I wouldn’t hold my breath.