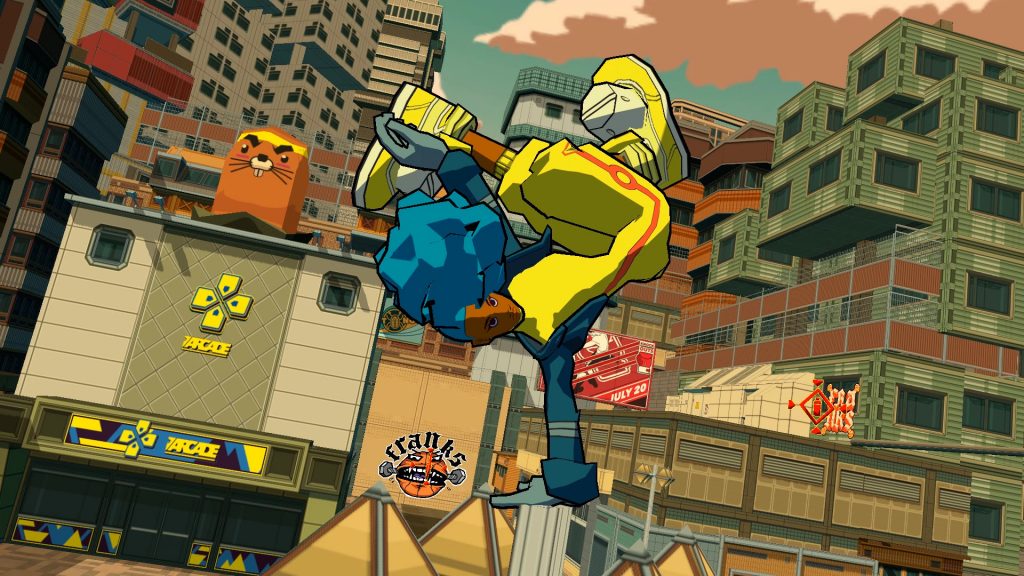 Team Reptile’s spiritual successor to Jet Set Radio, right down to featuring funky tunes by composer Hideki Naganuma, has received some new gameplay footage. Bomb Rush Cyberfunk is out in 2022 and will be a timed console exclusive for Nintendo Switch. Check out the trailer below.

The set-up will be very familiar to fans of Sega’s franchise. As a crew with boostpacks, players will explore an alternate future city, tagging the environment with graffiti and avoiding the cops. Wall-running, grinding and various tricks will provide an edge in movement, adding on to your boost power and eventually enabling Bomb Rush Mode for infinite boost.

Once you’ve tagged enough spots, you can go up against a rival crew for supremacy. Along with Switch, Bomb Rush Cyberfunk is also in development for PC and will launch at the same time next year. “Other platforms” will arrive a week later. Stay tuned for more details and gameplay in the coming months.