No confirmation on increased backpack slots, though. 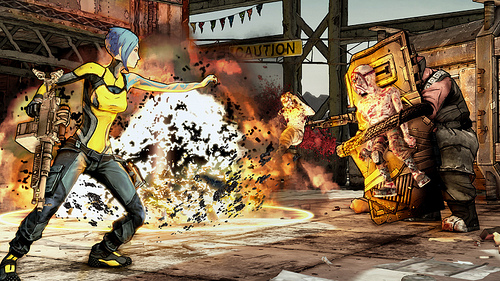 Fancy an archaeologist playable character that releases velociraptors? So does Gearbox Software CEO Randy Pitchford, when he replied on Twitter to the chances of seeing such a class with, “Until I saw this tweet, zero. Now that I have seen this tweet, non-zero.” But he didn’t just appease and tease: Pitchford also revealed that Borderlands 2 will receive new character classes and max level increases in the months to come.

Regarding new classes via DLC, Pitchford simply replied, “Yes – we’re working on it.” He also confirmed max level increases for the characters, but when it came to increase backpack and bank slots, he stated, “That’s being talked about. Not as simple as it sounds.”

While this may just be another day for Pitchford, responding to fan questions, it spells good news for Borderlands 2. The game is already massive enough on its own, and will support a good range of updates for the months to come.

Oh, and also check out Pitchford’s account to see Spoony Experiment’s Noah Antwiller making an ass of himself (as usual).