Borderlands 2 will fix the problems the original game had: frame rate and inventory

Can Gearbox make Borderlands 2 one of the best sequels ever seen? You know – kinda like Uncharted 2 and Mass Effect 2? – Well, they are on the right track it seems, as they have mentioned on the US PS Blog that they will fix all the complaints that plagued the original game. 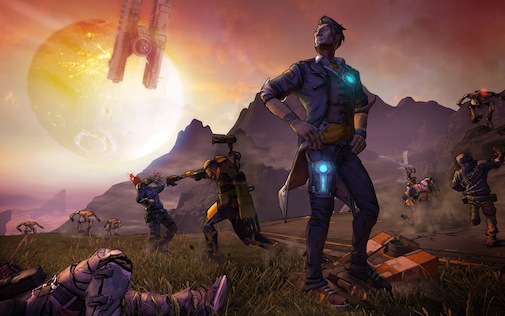 “We’re entering the phase of development right now where we are focusing on framerate and stability, so it’s too early for me to give any final numbers, but you will see an improvement over the first game,” Matt Charles, the producer of the game wrote.

“We decided to remove carry-able health packs and instead fill that need with new relics and shields that can help keep you out of that emergency state to begin with. The result is a more fluid combat experience since now you’re not worrying about when the best time to pause the game is and you still get that fun sense of preparing for a battle by choosing the right gear.

He also mentioned some notable improvements to the inventory screen, and how they made the experience much better in the sequel.

“Health Packs will still appear and drop and they will now heal you up in the middle of battle. We have a completely new inventory screen and all of the other interface screens have received various upgrades,” he said.

“There’s a lot more useful data for gear comparison and also more descriptive text on the item cards as well. Money and ammo now automatically pick up if dropped from enemies as well.

“A portion of our programming team is working on voice chat issues right now so they will be working for everyone when the game launches.”

Information on the box art and the special editions of the game can be found here.