Along with the announcement that Gearbox Software’s Borderlands 3 would be releasing in September, the developer also confirmed the various bonuses and special editions. Everyone who pre-purchases the game will receive a Gold Weapon Skins Pack. This applies to the Standard Edition as well.

What does the Season Pass contain? Much like Borderlands 2, it has four campaign DLC packs with “new stories, missions, and challenges”. Time will tell if the content is as significant as its predecessor though. Borderlands 3 is out on September 13th for Xbox One, PS4, and PC. The PC version will be exclusive to the Epic Games Store at launch, with a launch on Steam in April 2020. 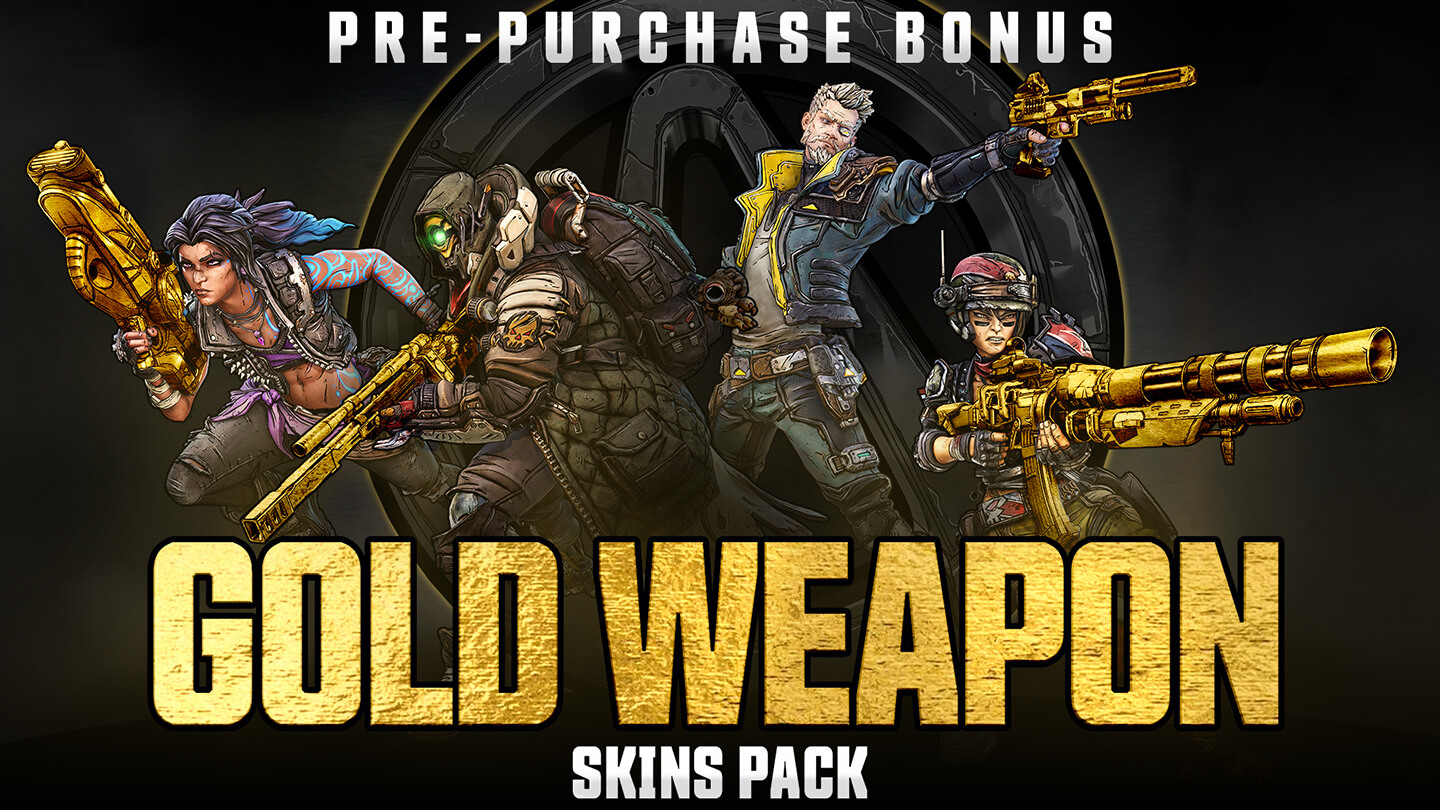 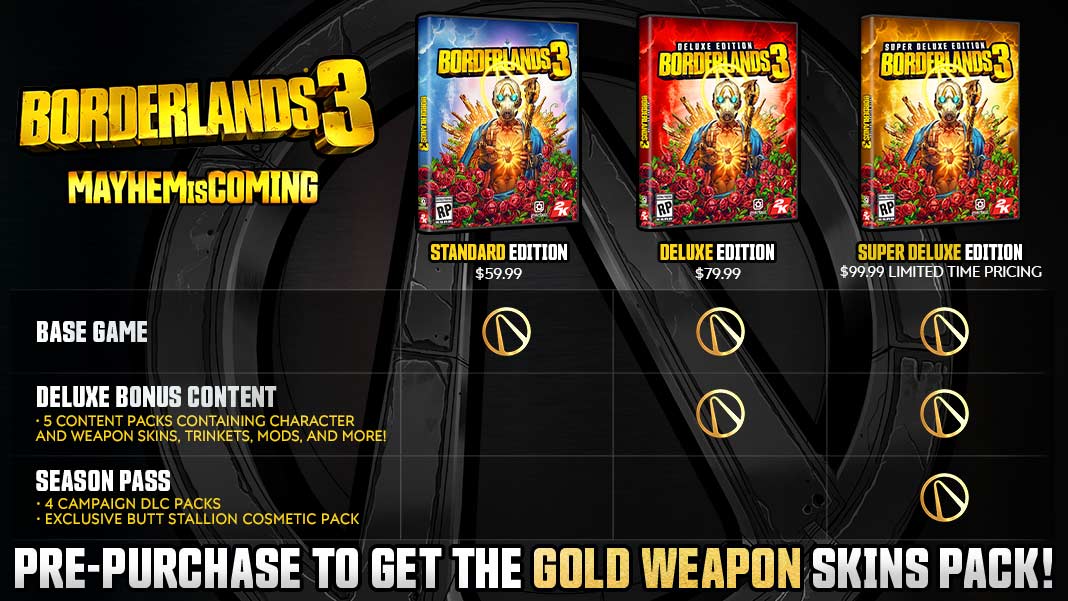