Gearbox unveils the 2019 Fall/Winter content calendar for its looter shooter. 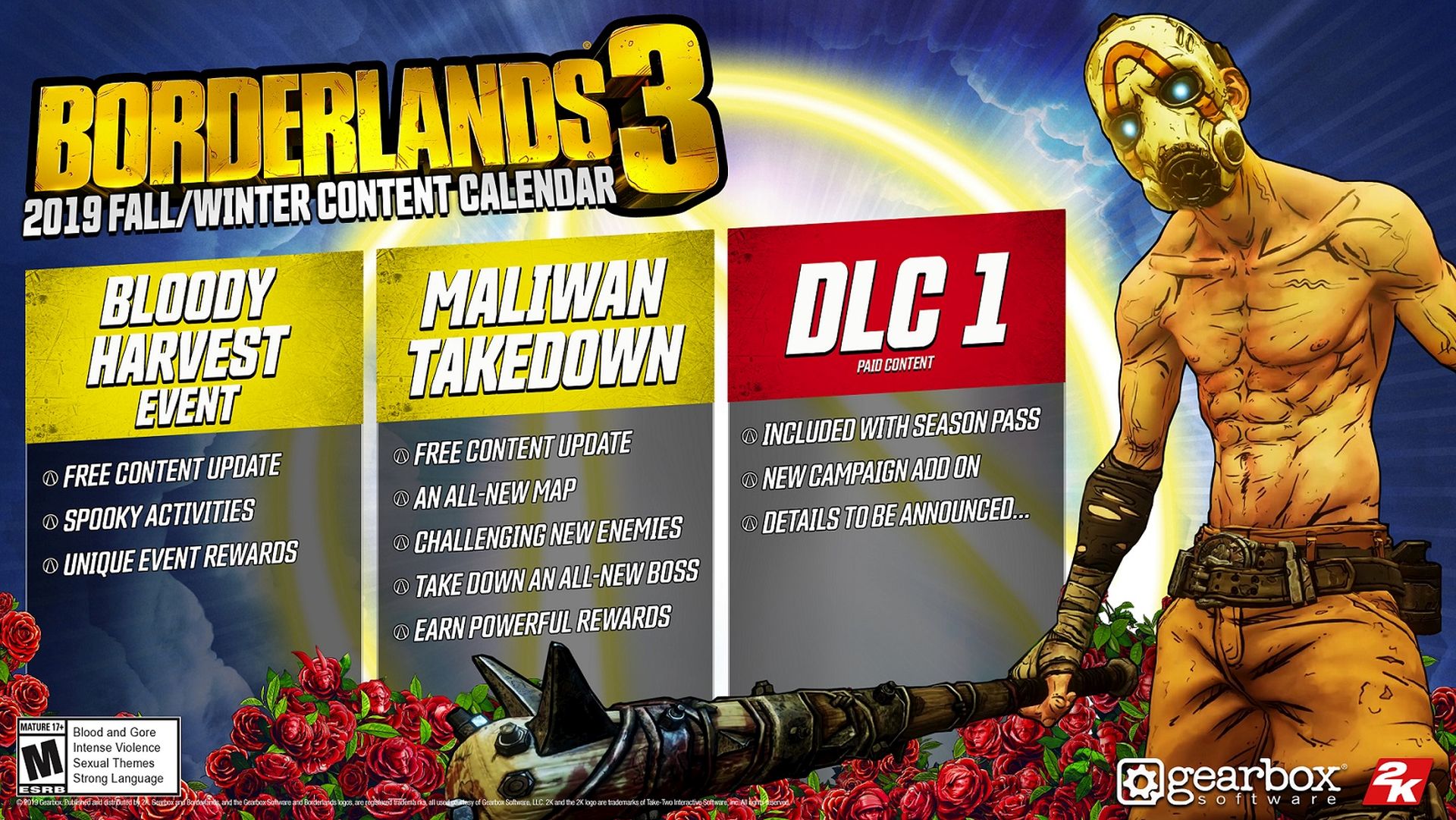 Gearbox Software recently revealed all the end-game systems that would be available in Borderlands 3, from True Vault Hunter Mode to Mayhem Mode. However, there’s more content coming after launch. A free content update called the Bloody Harvest Event will be live. It provides some “spooky activities” along with “unique event rewards.”

After that, it’s the Maliwan Takedown which adds a new map, new enemies, an all-new boss and “powerful rewards.” Gearbox will then shift towards delivering its first DLC pack which is part of the Season Pass and serves as an add-on to the campaign. Further details are yet to be revealed but all of the content listed is planned for the Fall/Winter calendar.

Borderlands 3 is out on September 13th for Xbox One, PS4 and PC. For more information on PC requirements and graphical options available, head here. Thankfully, like previous games, the sequel should run swimmingly on a variety of hardware configurations. The development team also recently released a video thanking fans for their support, which you can see here.