Boundless Dev On PS5 and Xbox Scarlett – Expect An Evolution of Architecture, Not A Revolution

"We’re expecting an evolution of the architecture rather than a revolution," says the CEO of Wonderstruck. 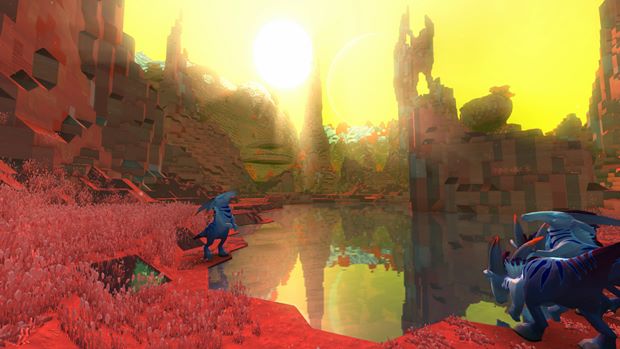 Up until a few years ago, the general expectations from the onset of a new generation of consoles were quite high. Next gen consoles usually brought about radically different technologies and architectures that set them completely apart from anything else that had come before, either in terms of tech, or in terms of new ways to play. In recent years, though, with the PS4 and the Xbox One in particular, that trend has changed, and we’re now seeing consoles that are iterating on and evolving past technologies rather than bringing something completely new to the table.

According to James Austin, CEO of Wonderstruck, the studio that made the recently released open world sandbox title Boundless, we can expect that to continue with the PS5 and the Xbox Scarlett (or whatever Microsoft chooses to call it). We recently conducted an interview with Austin, and spoke about Boundless quite a bit, before moving on to different topics. As part of the conversation, we asked Austin what his expectations from next-gen consoles were, and he said that we should probably expect the PS5 and the next Xbox to improve and build upon the architectures of their predecessors.

“We’re expecting an evolution of the architecture rather than a revolution,” said Austin. “Expect double the number of cores and threads, double the memory, and a modern GPU. The improvement we really hope for is a significantly faster storage device. Boundless needs to pull down a lot of dynamic data about the state of the persistent worlds and we cache this locally. But the local hard disk is really slow and can cause bottlenecks when requesting and generating the Worlds.”

“In Boundless we’d love to be able to open and render many more Portals at once,” he continued. “The engine already supports this on high end PCs, but the hardware is a real limiter at the moment. It’s exciting to imagine how far we can take Boundless with a new set of tools.”

More than most other genres, sandbox titles that rely on an open world setting would benefit heavily from consoles that double down on what current hardware is already doing. After all, the PS4 and the Xbox One have enabled developers to do some great things with open world games, which is reflected in the massive explosion of popularity the genre has seen over the last few years.

Boundless is currently available on PC, PS4, and Mac. You can read our review of the game through here. Also stay tuned to GamingBolt, our full interview with Austin will be going live soon.