Bounty Star is a Third Person Mech Action Game Coming to PlayStation, Xbox, and PC in 2023

Developed by DINOGOD and published by Annapurna Interactive, Bounty Star will combine mech combat with farming, base building, and more. 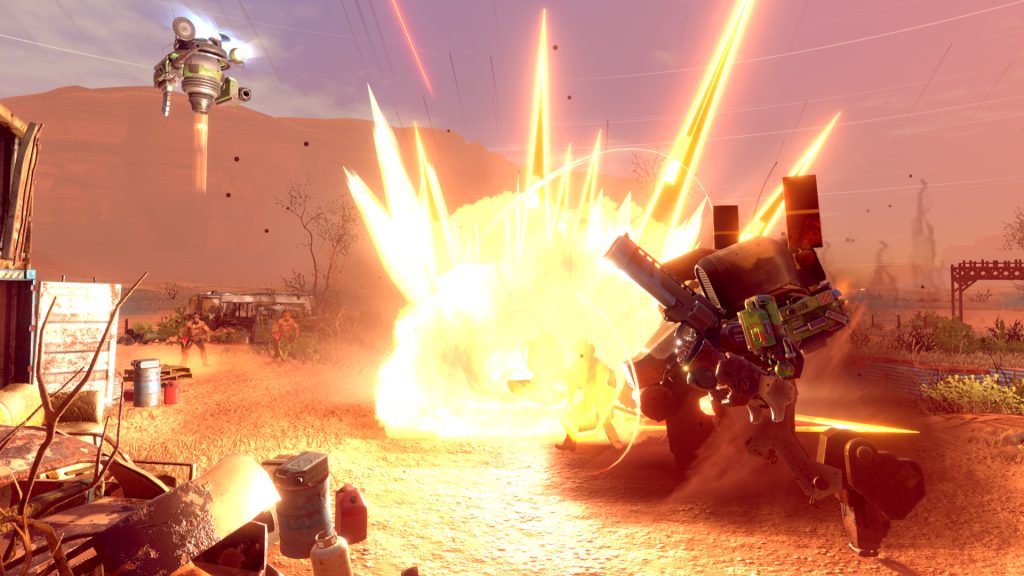 The recent Annapurna Interactive Showcase was packed full of many announcements, and while a lot of these were for current-gen upgrades and ports for games that are already out (and have been out for a while), there were, of course, a few new game announcements as well. One of those that caught the eye was Bounty Star.

Developed by DINOGOD, Bounty Star is a third person over-the-shoulder mech action game. Players will step into the shoes of protagonist Clementine McKinney, a guilt-ridden former soldier traumatized by her past who must protect the patch of land she calls her home in the game’s post-post-apocalyptic version of the American Southwest. In addition to mech combat and customization, Bounty Star will also feature farming and base-building mechanics as part of its core gameplay loop. Check out the game’s reveal trailer below.