Demo of the game now available. 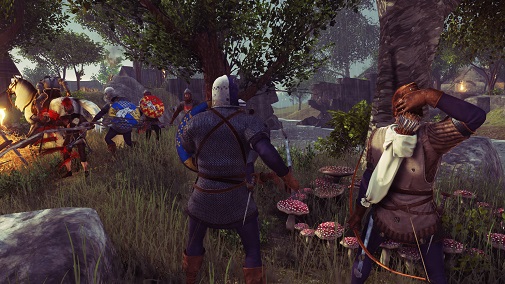 Paradox Interactive has sent out word that a new DLC pack for War of the Roses. The DLC features renowned British voice actor Brian Blessed who lends his one of a kind voice to make the action even more dramatic.

The add-on is available on Steam for $4.99 and will replace the default announcer with Brian Blessed’s narration for all multiplayer matches. Here’s a sneak peak of it:

In addition to that, the publisher has also made available a demo for the game which you can download on Steam. Players should take note that any items or experience points obtained in the game will not carry over to the main game if they do decide to purchase it.  War of the Roses is team based third person action game set in 15th century England where the houses of Lancaster and York vie for the throne in the famous “War of the Roses”. Gamers can build their characters with their  very own fighting style and select from over 30 play-style changing perks to make each character stand out from the rest.