Bright Memory is kind of a stupid game. It’s got no idea what story it wants to tell, it randomly throws in concepts that never fully materialize (or even ever show up again), and the entire thing is a hodgepodge of ideas taken from this game and that. The more I try to make sense of it, the more it baffles me, so perhaps it’s just best not to make sense of it- because it’s also kind of fun.

Developed by a single developer in his spare time, Bright Memory is a testament to how democratized the games industry has become, and how that process has empowered indie developers to create ambitious experiences. A prelude-slash-demo that’s meant to act as a bite-sized taste of what next year’s full-fledged release Bright Memory: Infinite will be like, Bright Memory deserves credit for being what it is, in spite of it’s many issues, owing simply to the fact that this entire thing is the undertaking of one single man.

"Bright Memory deserves credit for being what it is, in spite of it’s many issues, owing simply to the fact that this entire thing is the undertaking of one single man."

But, of course, those issues cannot be ignored. You play as a woman named Shelia, who… I wish I could tell you what her deal is, or what the narrative setup is, but honestly, I have no freaking idea what the hell went on throughout the course of this entire episode. There are some cartoonishly evil mercenaries who’re looking for some artefact that can do… something?

Shelia seems to have a history with them, but it’s never explained. The central conflict is never explained. Somehow, after a brief introductory cutscene, everyone is transported across dimensions, and that’s never explained. There is a doctor that Shelia refers to who might have something to do with an artefact Shelia recovers, but I have no earthly idea who this doctor is, or how he’s going to be of any help. Oh, and at one point, you light a bornfire taken straight out of Dark Souls (and even get the oh-so-familiar “Bornfire Lit” message), but that’s never explained either. It’s all just randomly thrown in, and makes no real sense. It doesn’t help that the localization and the voice acting are laughably bad.

That’s fine though, because Bright Memory does have some notable strengths- the combat most of all. Gunplay is fast and frenetic, and Shelia has plenty of abilities at her disposal to make use of her well. Her EMP blast suspends enemies in the air (for some reason); she has a sword that whips out energy beams and can do a ground pound attack; her dash ability allows her to quickly dodge attacks; she has a grapple ability that she can use for traversal, but also to launch herself into enemies. 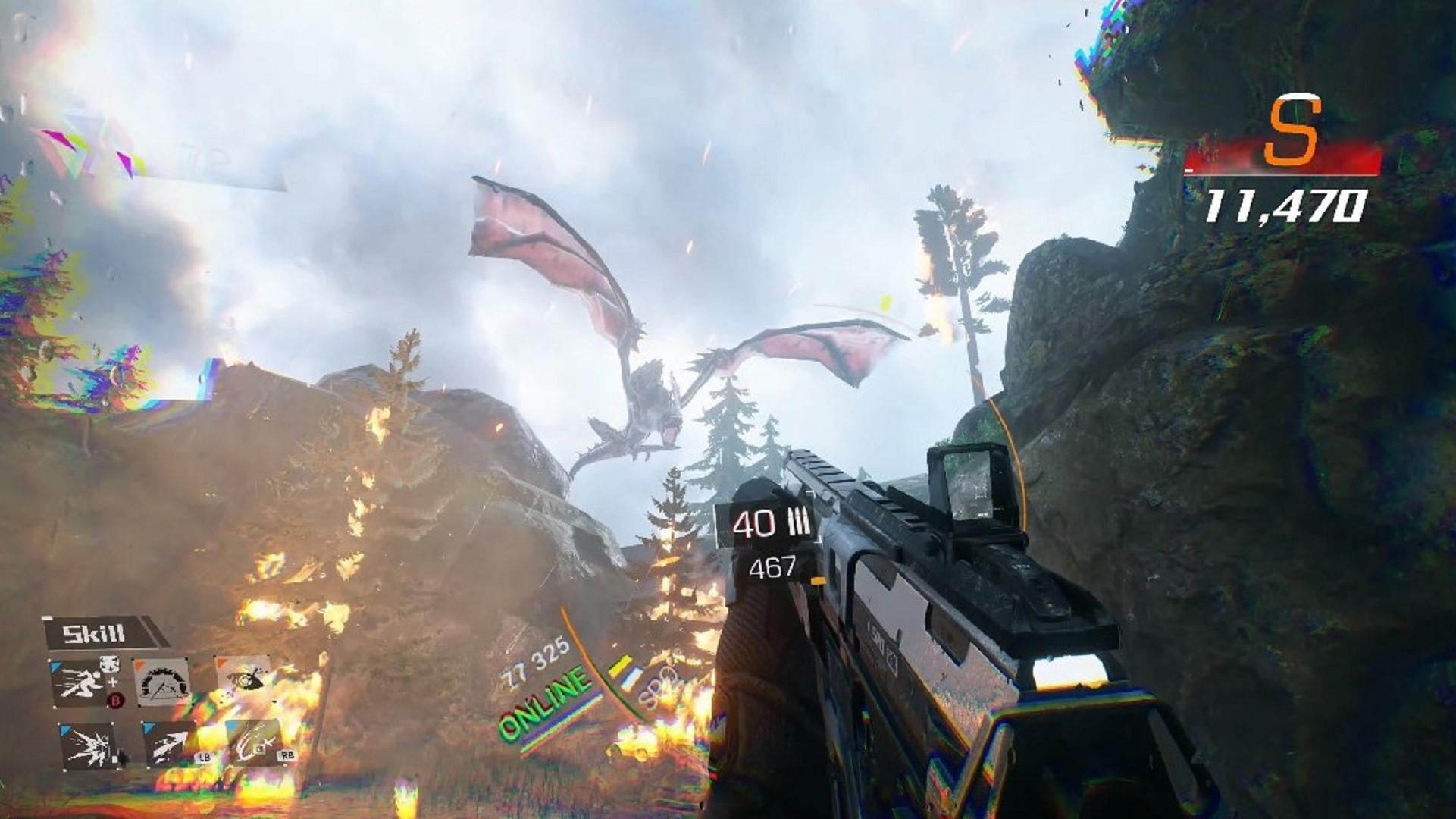 "You play as a woman named Shelia, who… I wish I could tell you what her deal is, or what the narrative setup is, but honestly, I have no freaking idea what the hell went on throughout the course of this entire episode."

All abilities come with a cooldown, while there are others that you can unlock with XP that you collect from fallen foes. The ability unlocks aren’t too extensive or deep, but given the bite-sized nature of this game, I didn’t really expect them to be. They’re fine for what they are. Gunplay and abilities work well together to make for a fast-paced combat system that often had me excitedly flitting about the battlefield, but the bullet-sponge enemies do make things a bit more drawn-out than they need to be. I did like the enemy variety though. From undead soldiers with sword and shields to regular soldiers with guns, from flying creatures to beasts wielding large axes, from lion-like thingies that breathe fire to a couple of large bosses, there’s a decent amount of enemy variety here, especially for a game that’s less than 50 minutes long.

There are some light platforming sections as well, which are linear and straightforward, but still mildly enjoyable, and hint at interesting applications of Shelia’s abilities. There’s also a single puzzle (unless there were optional ones that I missed), which… makes no sense? You have to align symbols on rotating discs on the ground with symbols on the wall, and Shelia even says out loud that they match… except they don’t. They look nothing alike. I just got through the thing thanks to trial and error.

Something else that deserves criticism is how poorly Bright Memory has been optimized for consoles- in that it hasn’t been optimized at all. All menus still use a slow-moving cursor, which is especially baffling because the menu that unlocks abilities doesn’t pause the game, and navigating the screen in real-time with a cursor becomes a real hassle. Your default aim sensitivity is clearly geared for keyboard and mouse gameplay, and feels sluggish on an analog stick. When I went to adjust it, the menu glitched out and blocked the sensitivity slider with another button that refused to go away, and I had to restart the game. 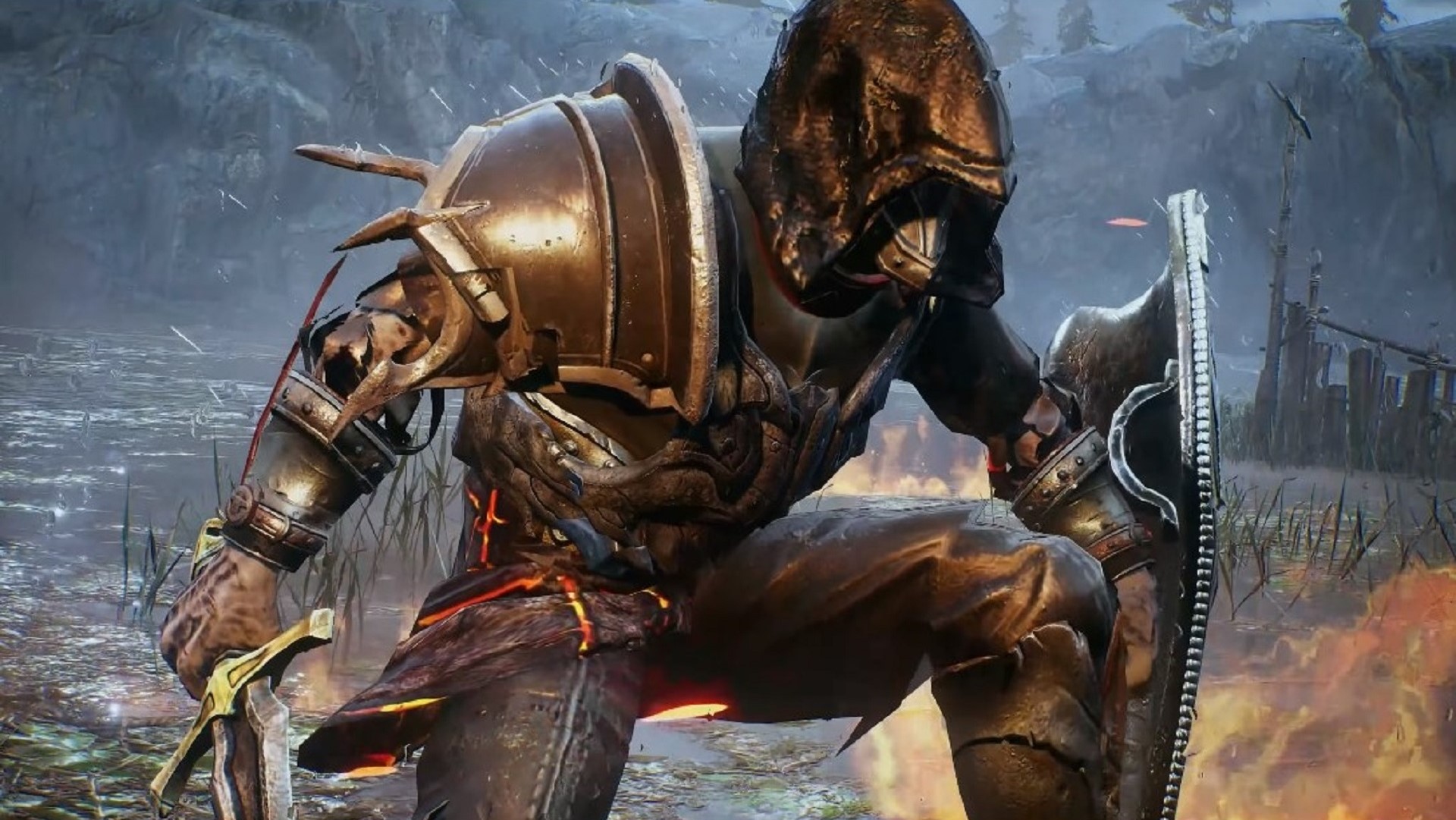 There are some technical issues as well. Lip syncing is consistently problematic, the audio glitches out often (I was hearing double at certain points throughout the game), and screen tearing can be a pretty major issue- though at least the latter can be mitigated by turning on V-sync. I do want to mention once again that this entire game is the work of a single person, and keeping that in mind, Bright Memory looks rather good. It doesn’t look spectacular by any means, but it definitely holds its own, at least from a visual perspective.

After having blown through this inconsistent mess in a single sitting, I’m surprised that I’m still excited about Bright Memory: Infinite. There’s a kernel of a genuinely good game in here, and if FYQD Studio can sort out the many, many issues plaguing this test drive, they could land on something special. I just hope, above all else, that Infinite explains what that damn Dark Souls bornfire was doing in here. That’s a mystery for the ages.

Fast-paced and exciting combat; Looks pretty good, especially for a game developed by a single person.

Final Verdict:
AVERAGE
Plagued with a plethora of issues, but still occasionally fun, Bright Memory is one of the most confusing games I've played in some time.
A copy of this game was provided by Developer/Publisher/Distributor/PR Agency for review purposes. Click here to know more about our Reviews Policy.