Zero Hour Interactive's upcoming Burning Lands is a promising FPS set against the woefully underutilized backdrop of the Vietnam war. 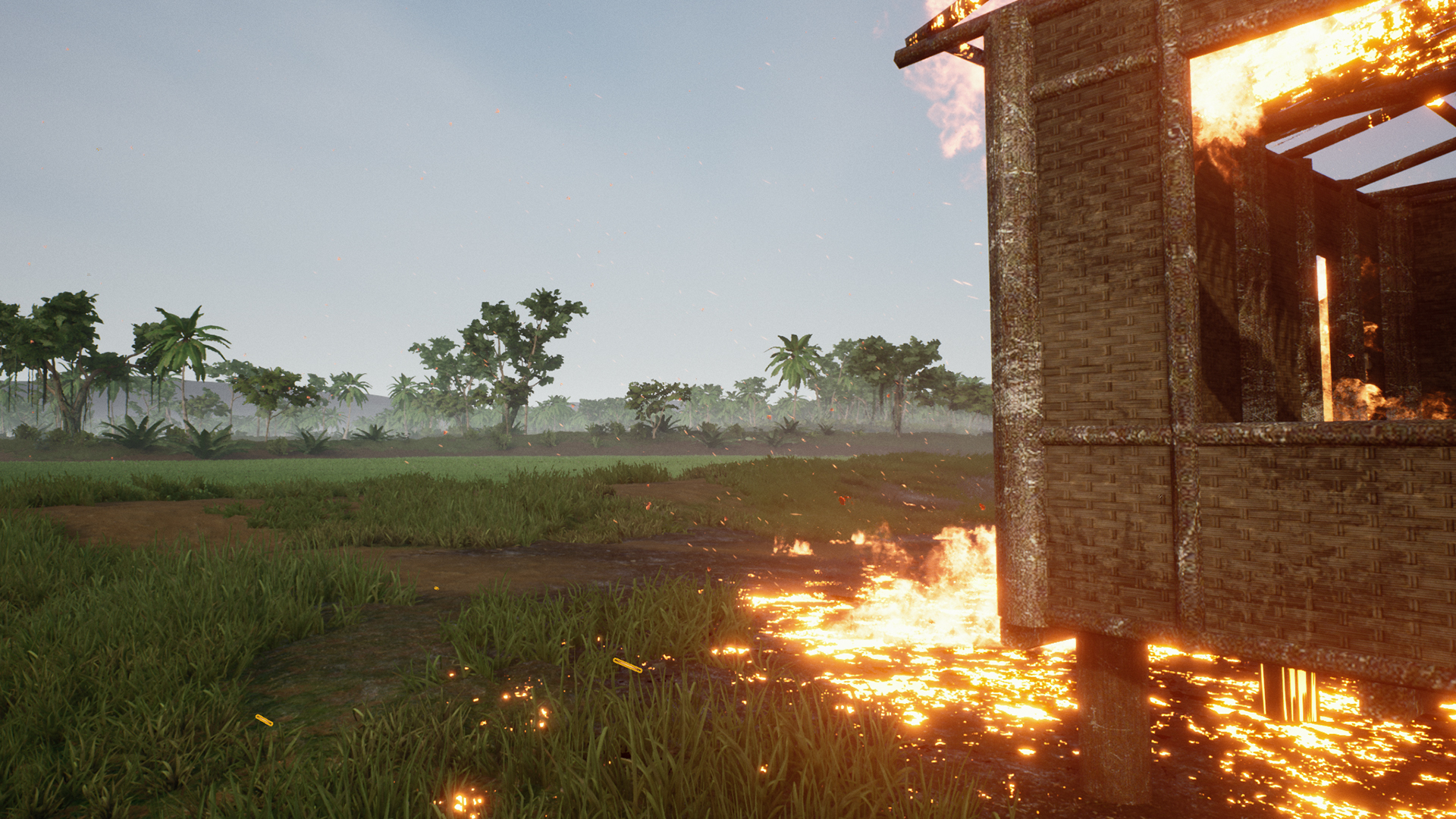 The first-person shooter genre has been one of the most prominent ones of the medium, and it continues to grow at a rapid pace with each passing year. While there are a ton of sub-genres such as arena shooters, survival horror, and what have you within the first-person-shooter umbrella, the military shooter has remained the most popular one for the longest of time.

However, as the likes of Battlefield have continued to water down their gameplay mechanics to appeal to the biggest demographic possible – a void for more realistic military shooters has emerged. The last few years have seen games such as the likes of Hell Let Loose and Escape from Tarkov blow up in popularity for that very reason. Developer Zero Hour Interactive is also aiming to enter the same market with its upcoming tactical first-person shooter BURNING LANDS. 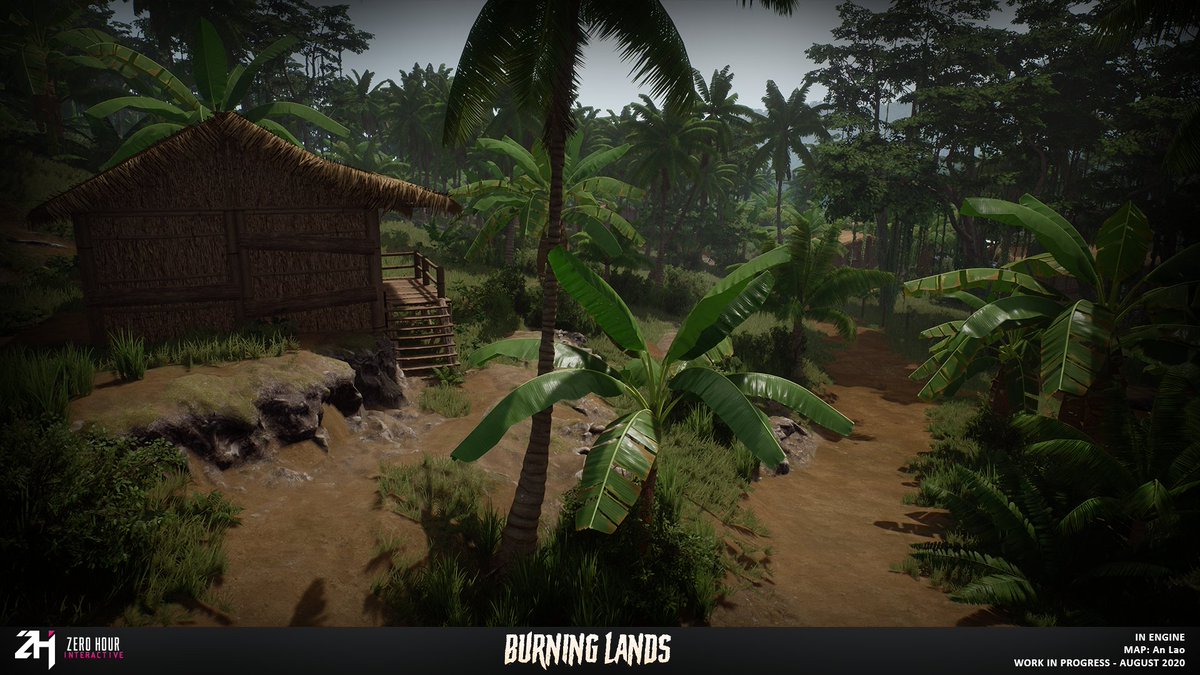 Set against the Vietnam war era, BURNING LANDS describes itself as an ATS (Accessible Tactical Simulation) and promises to strike the perfect balance between accessibility and realism with its game. It’s currently slated for a 2022 release, and it looks damn promising to say the least. The Vietnamese theater of war has remained one of the most under-utilized settings in military games for the longest time. Tripwire Interactive’s 2017 release Rising Storm 2: Vietnam was the last notable release set against this particular backdrop, and fans have been yearning for a new game ever since. BURNING LANDS has a clear advantage in this regard, as its insistence on delivering a realistic experience could very well quench the thirst of many hardcore FPS fans looking for a similar experience.

Zero Hour Interactive hasn’t really showcased much in the name of gameplay at this point, so it’s hard to know how much the game will delve into on field tactics. However, the developer has confirmed that the game will feature multiple classes such as soldiers, machine-gunners, grenadiers, and what not – each with their own sets of abilities and class-specific weaponry. For instance, a foot soldier will not be able to wield a heavy machine gun and in a similar vein, a machine gunner will not be able to wield explosive weaponry as a grenadier would. As such, fans should expect to have to play as a team and build off each others’ strengths to have a shot at victory and it would also be rather interesting to see how much BURNING LANDS will be able to dive into the tactical element of warfare while keeping its promise of being accessible to most players.

BURNING LANDS is a game all about large-scale tactical warfare, so it’s no surprise that Zero Hour Interactive is aiming for high player counts per server. According to a statement in an interview, the minimum player count for a match would be nearly 80 players while the maximum would be around 120. Given that the game wants to appeal to a large player base, due attention needs to be paid so that the game has a low enough skill floor to be appealing to newcomers to the genre and a high enough skill ceiling that veteran players keep on coming back for more. 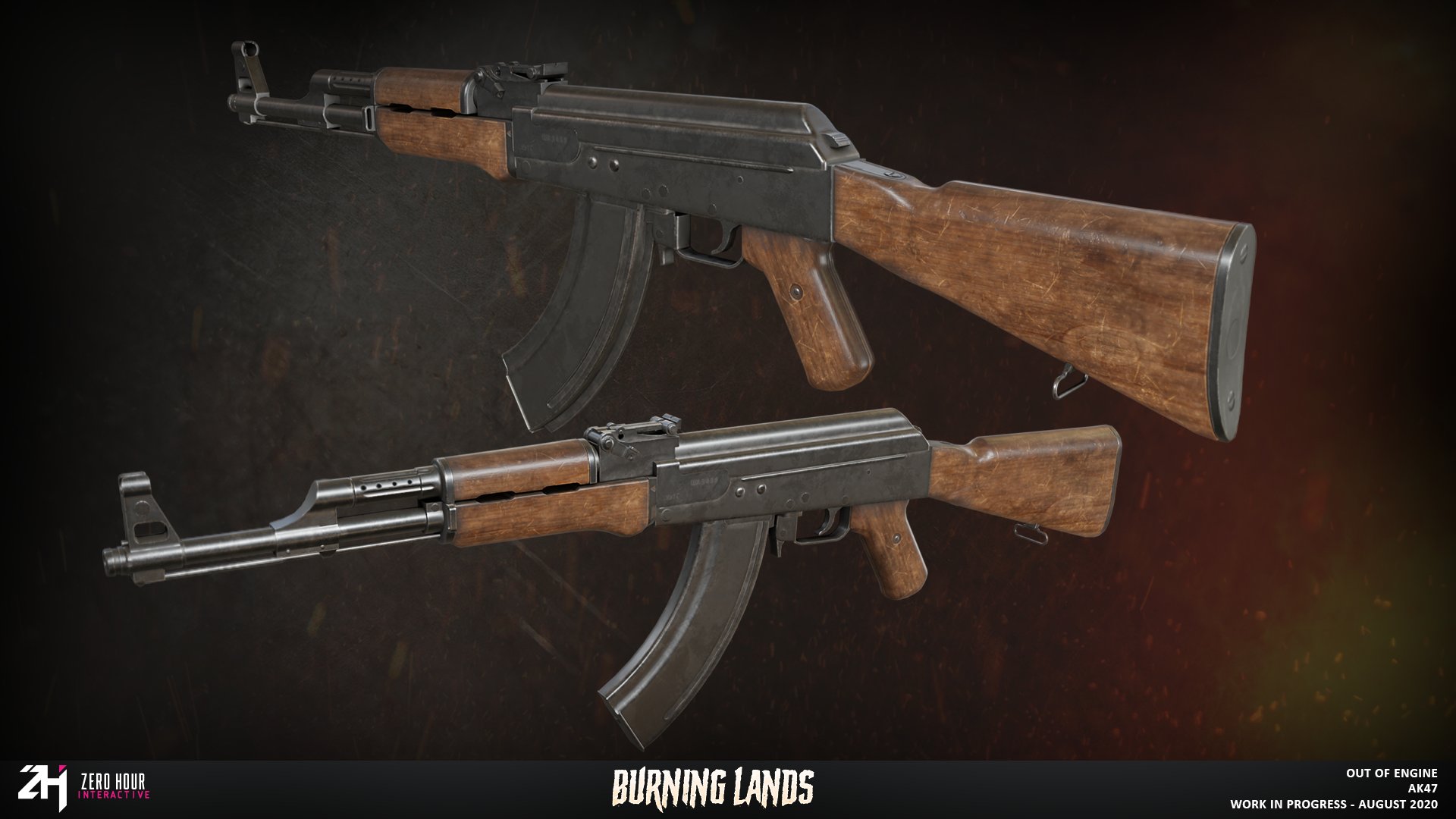 Another interesting aspect of BURNING LANDS is its maps. The game will feature multiple theaters of the Vietnam war such as the likes of Khe Sanh, An Lao, and Huey City. These maps will have areas ranging between 4km squares up to32km squares, which is really impressive. According to the developer, the maps will be built using satellite image data to provide an authentic feel to the world. Of course, there would be some alterations to the areas to better suit gameplay purposes – and it would be interesting to see how that pans out in practice.

Traversing these gargantuan maps solely on foot would be inconvenient for most players, and as such – Zero Hour Interactive has also created historically accurate vehicles to shake up things. Players will be able to take control of boats, helicopters, tanks such as the likes of Huey chopper, M48 Tank, Sampan, M151, and many more – although it needs to be noted that vehicles will only be available to players of select classes. Similarly, players will have access to a ton of historically accurate and functionally distinct weapons such as the likes of M16, AKM, SVD, Claymore, and even Flamethrowers.

Much like the game’s inspirations, BURNING LANDS will also feature destruction mechanics, so tanks and heavy-duty boats should be able to break through cover on their respective biomes. In a similar vein, flamethrowers should also be able to set entire villages and surrounding areas ablaze. We don’t know if it’s Battlefield-levels of systemic destruction, but we are certainly hoping for the best. 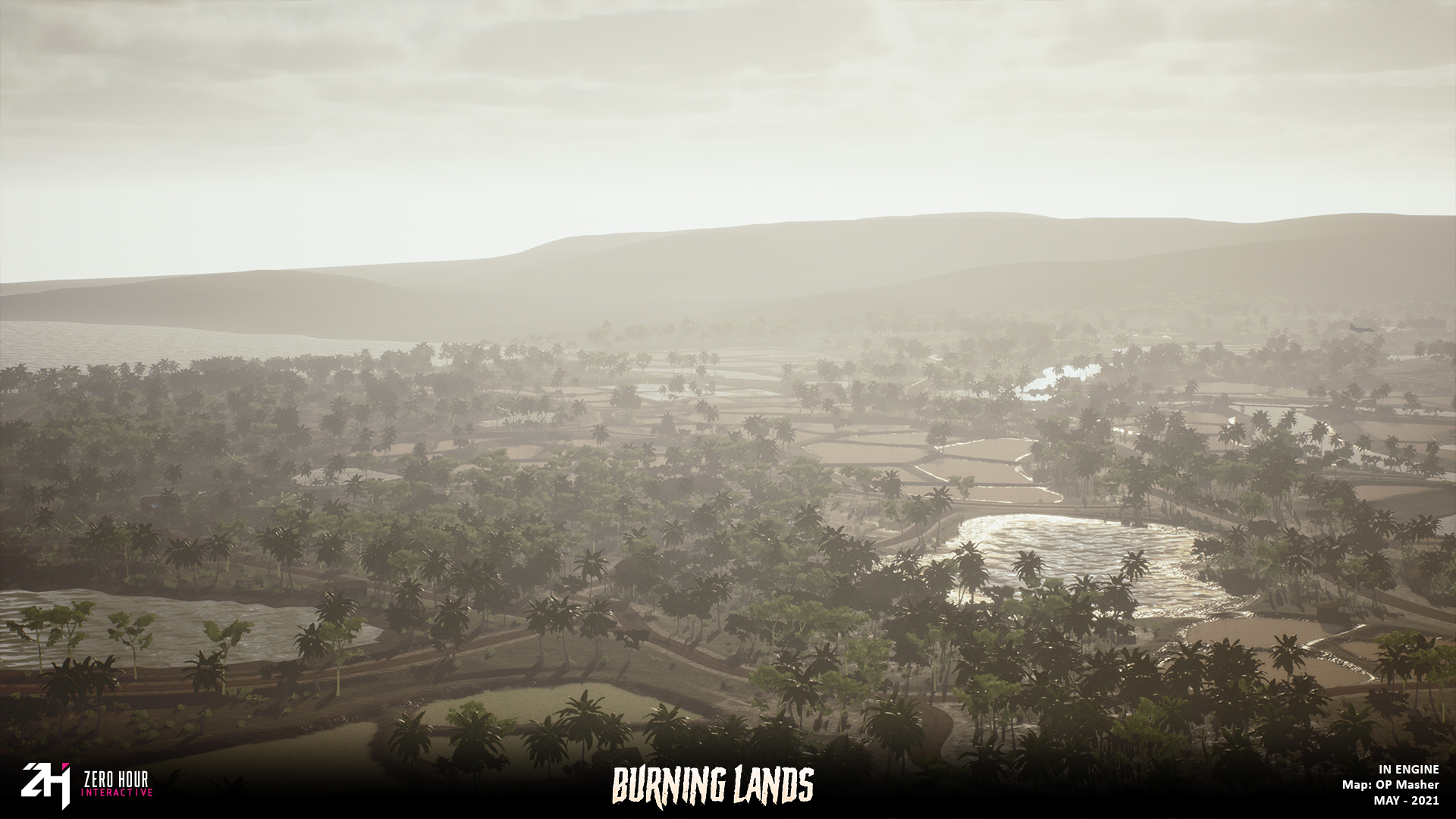 On the more technical side of things, BURNING LANDS is being built on Unreal Engine. The team is currently using Unreal Engine 4 for the game, although they do have plans of migrating over to Unreal Engine 5 at some point in the future. BURNING LANDS might not be the best-looking game on the market, with sub-par texture quality and primitive facial models being two instances of underwhelming visuals. However, if BURNING LANDS manages to provide a decent playing experience on a wide range of hardware alongside a solid net code – these visual inconsistencies wouldn’t matter much in the long run.

On the topic of release, Zero Hour Interactive is currently aiming for a 2022 release through Steam. BURNING LANDS is confirmed to be a PC-only game, so there are no plans for a console release. The developer has also confirmed that BURNING LANDS would be fully focused on its multiplayer modes, and as such – there will be no single-player campaign. It’s a missed opportunity if you ask me, but given the many constraints the developer would most likely be working with – it might just be the best option regardless. It’s also worth mentioning that BURNING LANDS will be a self-published game, and as such, the developer has resorted to a Kickstarter campaign to raise the required funds for the game.

However, there’s still a long road ahead to release, and BURNING LANDS‘ Kickstarter campaign is yet to go live. That said, Zero Hour Interactive has been generous with its monthly updates on the game’s development, and it seems to be coming along well. We are hopeful that Zero Hour Interactive will make it to the finish line with BURNING LANDS, but meeting the ambitious release date seems somewhat unlikely – considering that the team is still hiring environment artists at the time of writing. In the grand scheme of things, however, these concerns do very little to curb the excitement of this very promising game which we hope to see get all the love and attention it deserves.