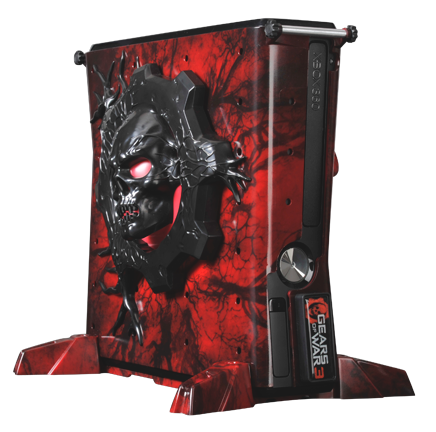 For those of you who are unaware, Calibur11 is a company that makes console cases or vaults for the Xbox 360 and they have been working closely with Epic Games to bring this Gears of War 3 Masterpiece.  This vault as awesome as it looks does not just protect your Xbox while looking cool.  It has a venting system, a spot to hold your Xbox 360 controller and the best part of all is the beautifully designed skull on the side that glows red whenever you get downed in Gears of War 3.  Expect a Video Review/Highlight of the case closer the the Gears of War 3 launch this September.  Pre-order yours today here just remember if you are planning on getting the Gears of War 3 Xbox 360 Console the unit will cover the console graphics, but this looks slightly cooler. 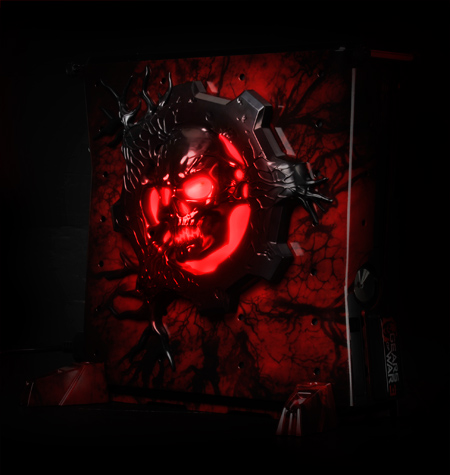 On the officially site you can also win a fully sized cog suit including a COG helmet and you can wear the whole thing, if only there were some rampant locust running around to kill.  To win it, you will have to pre-order a Gears of War 3 Vault with each one including a unique code that might be a winning one.  This one of a kind COG suit of armor is considered priceless.  Check it out here. 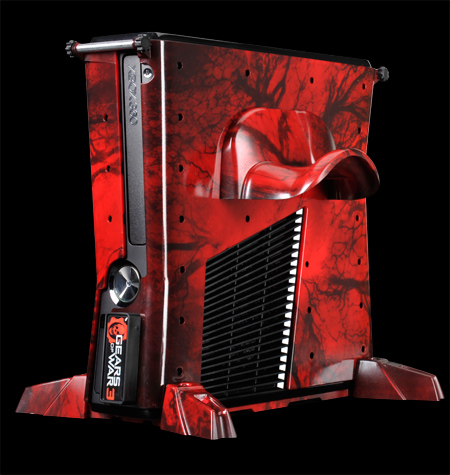