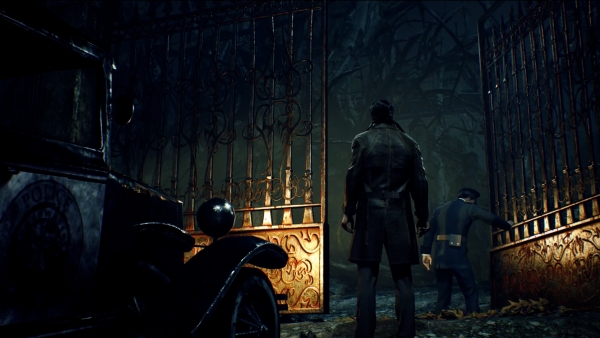 Bit by bit, Focus Home Interactive and Cyanide Studio have pulled back the curtain on their upcoming Lovecraftian horror RPG Call of Cthulhu, and it’s certainly caught our attention. From its branching levels to its brand of psychological horror, it’s looked interesting, to say the least. We’ve now got another four minute-long gameplay trailer of the game, shown off at Gamescom 2018, and it gives us a nice and long look at what we can expect from the game.

The trailer, which is accompanied by developer commentary, gives us a nice look at several mechanics, mostly focusing on things such as player choice and dialogue options, while also going into quite a bit of detail about how players’ progress will depend on the details they accrue from their surroundings during investigations. It certainly looks atmospheric, even if the visuals themselves do look a little rough around the edges.

You can take a look at the video below. Recently, it was confirmed that Call of Cthulhu would be launching on October 30 for the Xbox One, PS4, and PC. The game will run at 4K resolutions on the Xbox One X, but wont feature support for a higher 60 FPS frame rate. Read more on that here.