So here it is the first video of  wildly anticipated Call of Duty: Modern Warfare 2. So without wasting any time let me describe the trailer for you:

1. Will you be piloting Helicopter and Planes this time around?

Welll judging from the trailer it certainly looks like so. The trailer begins with a couple of helicopters flying over a sea. The trailer also showed  flight planes flying off in the distance, so it might be safe bet that Modern Warfare 2 will be the first in the franchise to actually have user controller air vehicles. 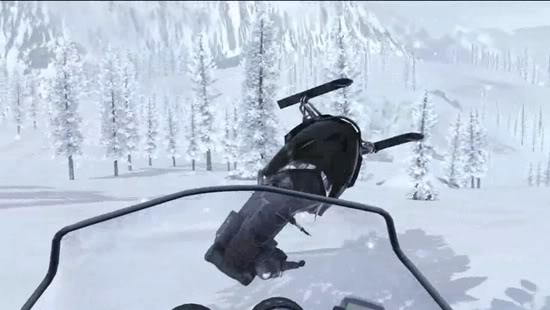 2.Second part of the trailer shows soldiers doing suplexes on other soldiers. Whats this all about?

Well actually, it seems that you will be jumping directly from the planes and landing directly into the enemy zone. Yes i know , many First Person shooters have done it before. But with the action and the rage for which Call of Duty series is known, it will be a totally different experience.

3. I see soliders travelling through Submarines and Warfare in snowy areas?

For the first time, it seems like Call of Duty: Modern Warfare 2 will be taking the war under water and into the snowy regions. Now imagine the possibilities under Water or in a snow storm. Just cant wait  to play these two levels when the game comes out. 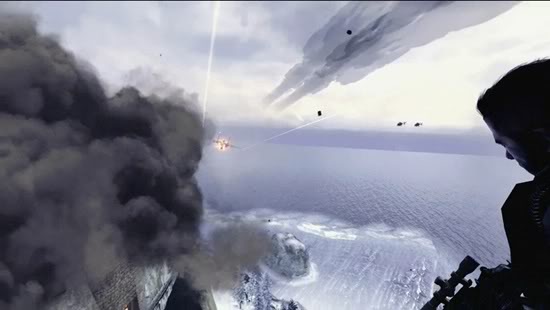 4. Why does trailer End so fast?

The reason is simple, there’s going be another trailer on May 24th, 2009. Watch out! 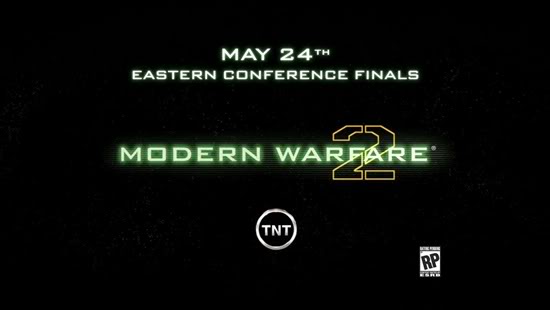