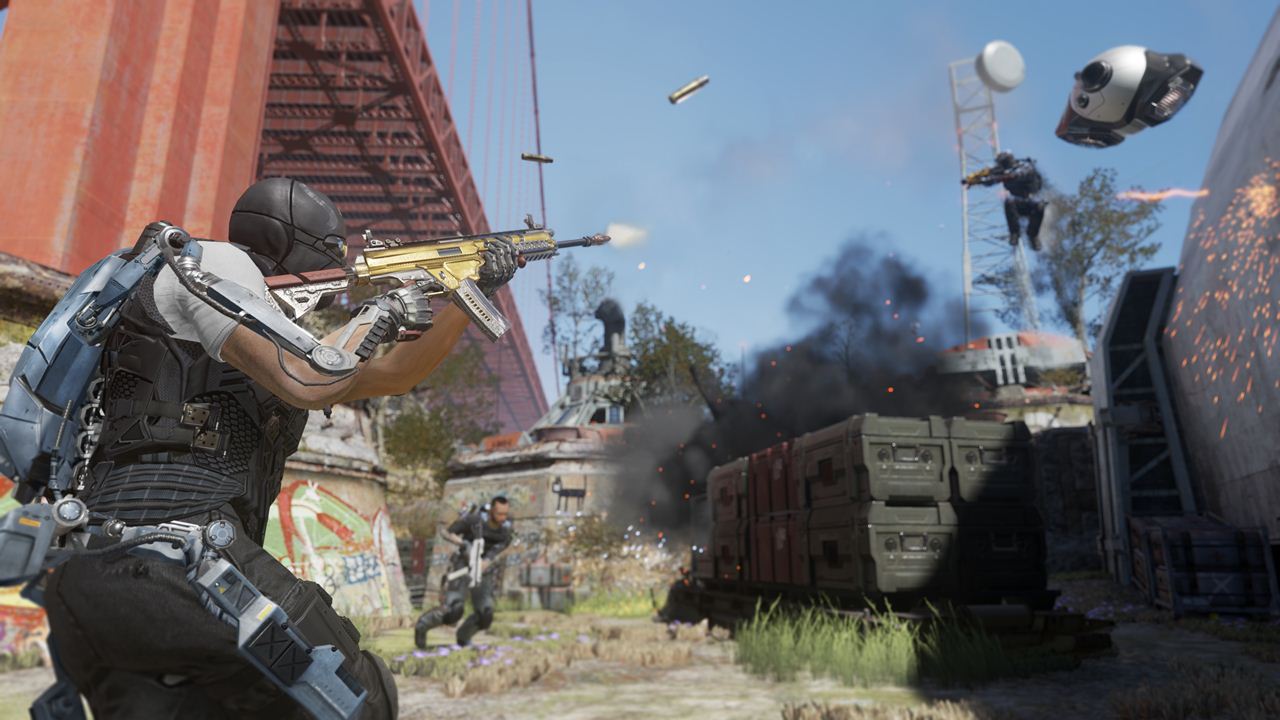 Sledgehammer Games’ Call of Duty: Advanced Warfare is currently live for all those who pre-ordered the Zero Day Edition of the game, which granted early access on November 3rd, and reviews are making their way out ahead of the worldwide release. In the midst of all this, Sledgehammer’s studio co-founder Michael Condrey revealed the resolution for the Xbox One and PS4 versions in a Reddit AMA.

For the Xbox One, Condrey revealed that, “Minimum Xbox One resolution is 1360×1080, and dynamically scales from there to full 1080p. That’s over 50% increase from last year.”

The PS4 has the advantage here though as “Advanced Warfare runs native 1080p on PS4.” However, both versions of the game are “running at rock solid 60fps.”

Even though the Xbox One still isn’t true 1080p, it’s a very noticeable bump up from Call of Duty: Ghosts which ran at 720p resolution on the Xbox One. What are your thoughts on both consoles’ resolutions? Let us know in the comments.