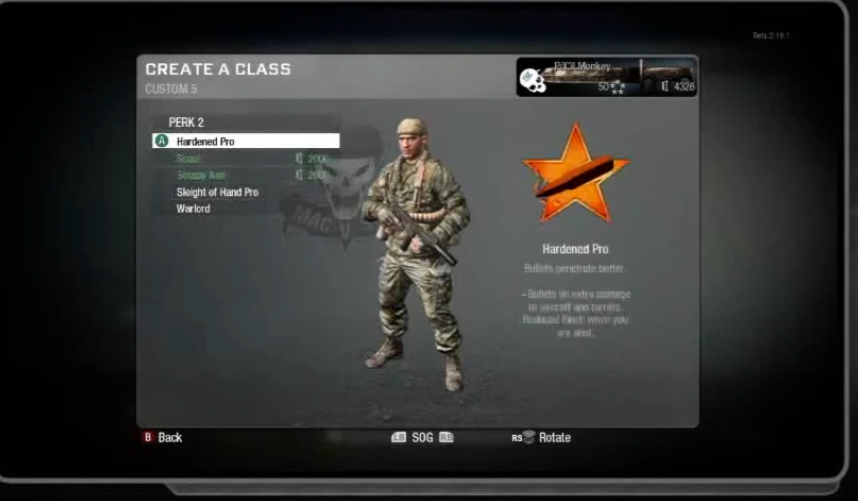 The much hyped and anticipated details about the Hardened Pro Perk of Call of Duty: Black Op has finally been revealed via this image.

Although, the text is very vague in the image, our designers has figured out what exactly it reads! Find out below –

-Bullets do extra damage to aircrafts and turrets.

Reduced flinch when you are shot.

There you go, it’s finally out of the bag, good perk we must say but considering it’s supposed to be best perk in the game, we didn’t expect anything less from it.