Call of Duty: Ghosts has finally launched, with Activision UK holding an enormous event yesterday at the IndigO2 in London for the game. Ghosts has been the subject of much controversy since its initial reveal back in May, from fish AI to resolutions on next-generation consoles upstaging it.

However, there’s more to it than that. GamingBolt spoke to Tina Palacios, Senior Community Manager at Infinity Ward, to get her take on things including whether Ghosts will shatter the records of Black Ops, post-launch support, the recent Xbox One 720p versus PS4 1080p resolution debate and creating the perfect Call of Duty game.

"In Ghosts you are going to get multiplayer levels that will have dynamic map events that will be tied into each other and will be unique to each level."

Kurtis Simpson: First of all, congratulations on the launch. This seems to be the biggest launch, by a long shot when compared to last year’s  event.

Tina Palacios: Oh, thank you. I am so close to the game, we haven’t really gone outside and watch TV. It is so nerve wracking and exciting right now.

Kurtis Simpson: Do you think Call of Duty Ghosts will shatter all records set by Black Ops 2 and  previous games?

Tina Palacios: I really don’t know. Even if it does or doesn’t that is not what really gets us excited at the studio. From a publisher standpoint I am sure it does but honestly from a developer side the biggest thing that matters to us is about having fun. It is all about having people that want to play the game and want to play with us. So that’s why I am really excited to be here in London tonight because I actually get to play the tournament. First and foremost gamers are a part of this, so fun games are all that matters to us.

Kurtis Simpson: Right off the bat, Call of Duty: Ghosts is already getting far more attention than Black Ops 2 did. Is it because the team tried to change up the gameplay somehow, rather than presenting the same run and gun formula but in different settings?

Tina Palacios: Yes, I think so. A lot of that has to do with the close attention to Ghosts, partly due to the next gen consoles arriving upon us.  For consumers the console you pick really defines yourself as a gamer and personality as a gamer. I really know this is a nerve wracking time and I am honored  to be a part of it. When we first got the [next gen] consoles in the studio, it was all very exciting cause they seem like new shiny toys that we can play with. It is going to be good.

But coming back to your question, we spent a lot of time in the studio trying to ask ourselves that how do we change people’s expectations and what they are going to see this year and the huge thing for us was playing as an underdog, because in previous Call of Duty games you always had the best fire power, the best technology, and everything  you could possibly need to win the war. And that is not the case anymore in this game at all. Our designers had to really think outside of the box and ask themselves that ‘okay we have to take out this enemy base right here,’ we would typically call out an air strike to do that bad ass move but for Ghosts that is not the case.

These guys have limited resources so you are going to see situations where two guys are moving underwater trying to remain stealth to get to an enemy location. Things like that are going to really surprise consumers because they will get a campaign that is not something that you will expect but also be fresh, new, engaging and still feel like a Call of Duty game.

Kurtis Simpson: In terms of destruction, will we see anything on the level of what Battlefield 4 has been attempting with its Levolution mechanics? Will the destructibility in the game help affect gameplay in any way?

Tina Palacios: For us, specifically the destruction in multiplayer, it is all about trying to find a comfortable situation that players can find themselves in when they are fighting. We take that to heart and one of the huge concerns for us is the gameplay and how people maneuver on the level. So when you see destruction in some of the multiplayer maps, there is a ton of guys and gals that took into consideration that what kind of angles or sight-lines do you get with this destructible wall. It is definitely something that we pay close attention to.

"We have developed Call of Duty Ghosts independently for each console. This means there is no ports of Ghosts on any platform."

Kurtis Simpson: It’s been described as dynamic and changes the map.

Tina Palacios: So in Ghosts you are going to get multiplayer levels that will have dynamic map events that will be tied into each other and will be unique to each level. And the reason for this is that we looked closely to the single player team and said ‘how will be able to bring those jaw dropping moments in the multiplayer’. We want the player to wonder how that happened while playing this game. So with each map you are going to get something unique. For example if you are one of the lucky players to call in a satellite crash, you are going to see it enter orbit and collide it to the ground and see the explosion, due to which your team will be able to earn a SAT COM for the rest of the match so it is all going to be a different experience.

Kurtis Simpson: Going into next gen consoles, the PS4 version runs at 1080p whereas the Xbox One version runs at 720p. Would you say that’s essentially two different versions of the game?

Tina Palacios: We have developed Call of Duty Ghosts independently for each console. This means there is no ports of Ghosts on any platform. So we had to tailor the game to each console so for Xbox One the resolution is 720p native but it is upscaled to 1080p. So when players compare that to the PS4 version which runs at native 1080p, average consumers may not see the difference but I think hardcore consumers will. But ultimately at the end of the day, the gameplay experience is going to be the same across all platforms. It is very important to us that we did not alienate any fan base just because on what console they are playing on. 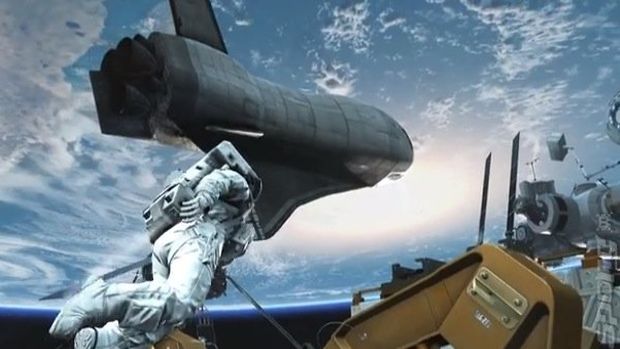 "For consumers the console you pick really defines yourself as a gamer and personality as a gamer."

Kurtis Simpson: On the hardware side, do you think the extra faster memory of the PS4 had to do anything with the game’s 1080p resolution compared to the Xbox One version?

Tina Palacios: No. It is very hard to pinpoint why the resolution is the way it is on the Xbox One just because you have to take so many different factors in to account. The focus for us is not only to make the game look good but also make sure it runs very smooth. Having the smoothest game out there at 60 frames per second, low latency controls so you are not waiting for a trigger to have its effect in the game, you are not going to see that lag in the control scheme. For us it was all about delivering the best game possible on each platform.

Kurtis Simpson: With the Xbox One, Microsoft have been pushing cloud gaming. Do you think Call of Duty will have any cloud integration in the future?

Tina Palacios: Most definitely. We are using cloud based dedicated servers for multiplayer and I think fans are going to be really happy about that, especially since there has been a huge request for dedicated servers in the past. So we are definitely taking advantage of that.

Kurtis Simpson: With the PlayStation 4 and Xbox One, do you think these consoles are at a point where they can deliver the perfect Call of Duty experience?

Tina Palacios: No, I think there is a lot of learning to be done with the next gen consoles. Take a look at Call of Duty 2 on Xbox 360 or Modern Warfare on the PlayStation 3, there is huge graphical difference. Who knows what our games will look like in the future but I definitely know that it is going to be a huge improvement and it is just going to be because of the time that we will spend with [next gen] consoles. 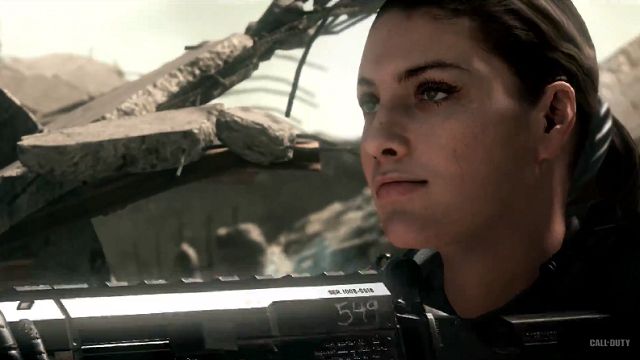 "It is very hard to pinpoint why the resolution is the way it is on the Xbox One just because you have to take so many different factors in to account."

Kurtis Simpson: Recent reports indicate that the PC version of Call of Duty Ghosts will be a significant level above the other versions, with implementations by Nvidia.

Tina Palacios: Yes, my boss Mark Rubin has gone on record stating that the PC version will be the best looking version of our  game. So I definitely won’t deny that. We have 4K textures so we are going to see the eye candy and appreciate it.

Kurtis Simpson: Last question, what are your plans to support the game post launch?

Tina Palacios: Oh man! We are ready to support the game and it hasn’t even launched yet. Some of our team members went into the studio, something like 3AM this morning to prepare for the Australian and New Zealand launch. Once the game is live and the servers are up, we will monitor them and make sure that nothing bad is going to happen, stuff like crashes, we don’t want people to have trouble getting into the game. So we are going to be up at all hours of the day just to make sure everyone has a smooth day one.