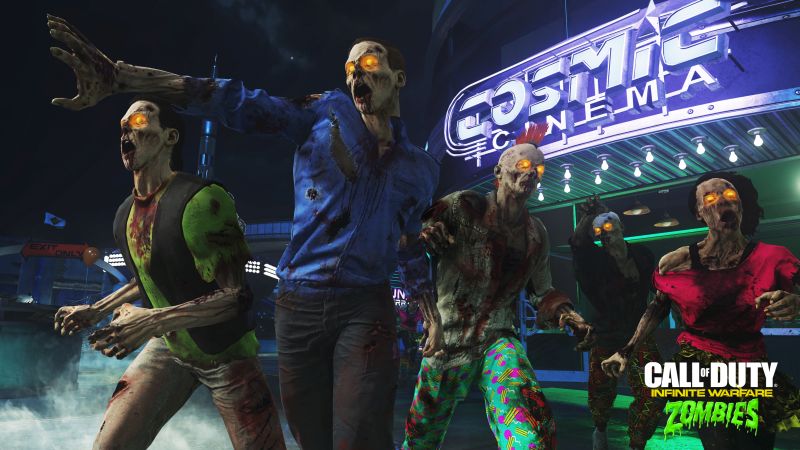 Infinity Ward’s Call of Duty: Infinite Warfare has had several of its aspects revealed including the single-player and multiplayer modes. What we haven’t seen is the new Zombies mode and the developer showcased the same in a recent livestream. Check out the gameplay video below for what you can expect.

Zombies in Spaceland is the new Zombies mode and it features four new characters who get sucked into an 80s style zombie nightmare as they battle to survive. David Hasselhoff is also involved and really, what else could you want at ths point?

What’s interesting about the new Zombies mode is the ability to deposit your earnings with the new ATM system so that you can keep them even if you die and the new afterlife feature. New enemy types and traps were also revealed during the showcase.

Call of Duty: Infinite Warfare releases on November 4th for Xbox One, PS4 and PC. What do you think of the Zombies mode? Let us know below.