Last week saw a one-two punch of big holiday game reveals, with Hideo Kojima’s long-awaited Death Stranding, and the latest in the behemoth shooter franchise, Call of Duty: Modern Warfare. The latter serves as a ‘soft reboot’ of the long-running franchise and looks to be shaking things up in regards to its tone, as well as how it’ll be dealing with post-launch content. We know there’s no “traditional” season pass, a big change for the franchise. But as far as DLC as a whole, it’s still not clear exactly how that will work. Today, we got a bit of a possible peak at that, however.

As you can see below, on the Xbox Store, at one point with the Operator Enhanced Edition, there were four DLC packs listed (via MP1st). All of them were unnamed, obvious placeholders, but it can give us an idea of how they plan to cut up the DLC. Do these packs consist of maps? Operators? Weapons? Anyone’s guess at this point, we’ll just have to wait and see. We’ll keep you updated on it, but it’s probably fair to say even without a traditional season pass, we’re going to be seeing a lot of DLC one way or another.

Call of Duty: Modern Warfare will release October 25th on PlayStation 4, Xbox One, and PC. 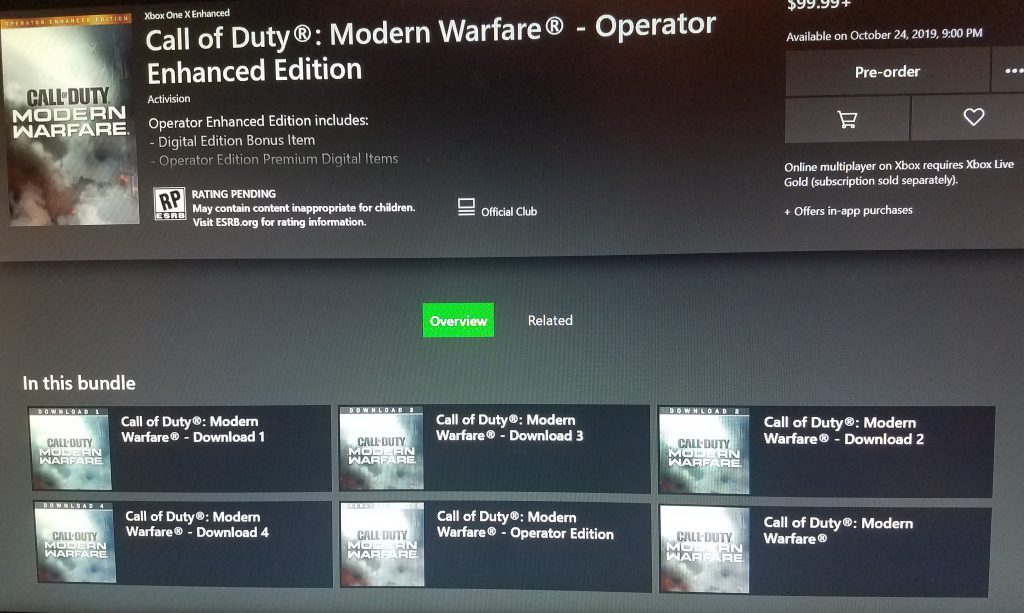