Check out the first of four new maps coming in the next DLC. 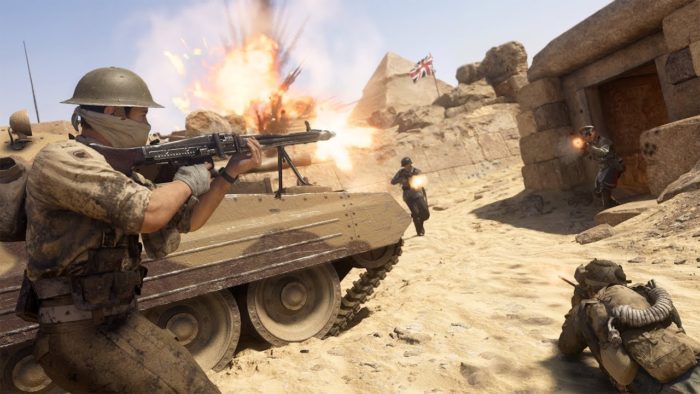 The War Machine is the next DLC pack for Sledgehammer’s Call of Duty: WW2, due to release next week for PlayStation 4. While there have been trailers going over all the content in store, the developer has released a “map briefings” video dedicated to the Egypt map.

Egypt, as the name indicates, is a desert location with trenches and the Sphinx overlooking the battlefield. What’s interesting about the map are the spots where players can parkour across, thus providing a few vantage points. The map is only one of four maps coming with The War Machine, the rest including V2, Dunkirk and Operation: Husky, the last being a new War Operation.

You can expect map briefing videos for those in the next few days as well. Call of Duty: WW2 – The War Machine will release on April 10th for PS4. Expect to see it a month later on Xbox One and PC. When will we see the see the next chapter in Nazi Zombies? Stay tuned for more information.