You take on the role of Sergeant Daniel Recker. 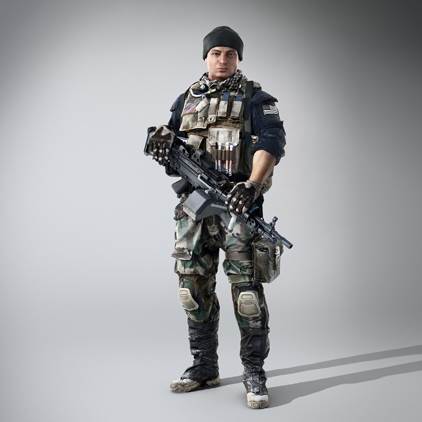 Detailed plot points for the upcoming Battlefield 4 were released today, explaining the precarious state of in-game world affairs and the role that you and your elite unit, known as the “Tombstone Squad,” will play in affecting them.

Battlefield 4 will feature Sergeant Daniel Recker as its protagonist. Recker and the rest of the Tombstone Squad, will be discovered while leading a convert Intel-gathering mission in Azerbaijan, prompting the attack of wave upon wave of Russian soldiers.

Once you’ve battled your way through with the Intel, suspicions will be confirmed that the Chinese Admiral Chang is planning a military coup in China, and that if he succeeds the Russians will back him up. This prompts The Tombstone Squad to be sent to Shanghai to extract several key political VIP’s, only to find China in the midst of a Marshall law declaration after the US has been implicated in the assassination of Chinese peace activist, Jin Jie.

After fighting through protestors and military personnel alike, Tombstone finds their VIP’s, among them a CIA field operative, Laszlo W. Kovic. With Kovic is an unidentified Chinese companion. All that’s known about this companion is that the Chinese military desperately wants to capture him, and the US government does not want that to happen.

With their key persons secured, the group fights their way back to their ship, the USS Valkyrie, to find all communications dead. The team decides to head to Singapore, the last known location of the nearest US flagship, only to arrive and find the ship sunk and its fleet destroyed.

From there, your guess is as good as ours.

Yet another complex political plot interspersed with Battlefield’s signature high-octane FPS game play. Battlefield 4 set to release on Windows, PS3, PS4, Xbox 360, PC, and Xbox One in October of 2013. 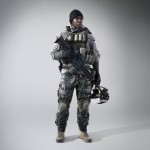 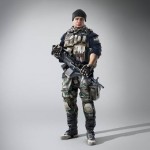