Capcom released its financial projections for their upcoming games and they have done it with their foot firmly placed on the Earth. 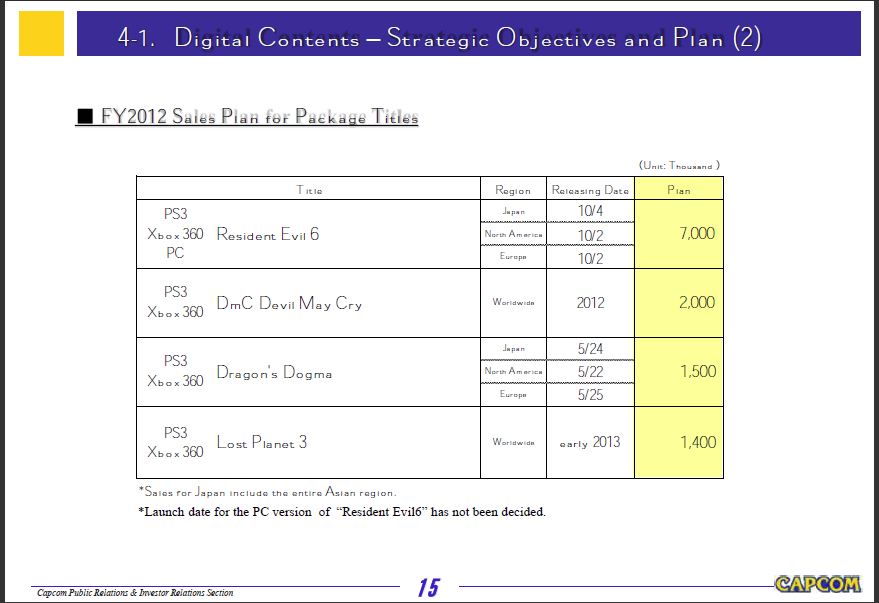 As you can see in these charts, Dragon’s Dogma’s projected shipment figures are 1.5 million, which is again, pretty reasonable to expect. Lost Planet 3’s 1.4 million sounds a bit high, but it seems they can accomplish that as well.

Devil May Cry from Ninja Theory is projected at 2 million, which is again attainable considering the brand is a good one. It remains to be seen if the DMC fans react positively to the game.

Capcom has a lot of DLC planned for games which they think will increase their revenue this year. Tell us what you think in the comments section below.