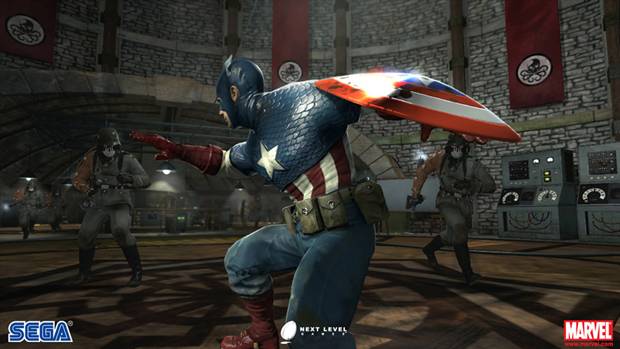 Captain America: Super Soldier is a third person action adventure game which combines dynamic acrobatic platforming with a fast and fluid melee combat system. Written by renowned Marvel comic writer Christos Gage, the game follows an engaging storyline set within the period of WWII. Players will take the role of ‘Super Soldier’ Captain America and test their skills as they battle infamous enemies such as Iron Cross, the Hydra Army and the legendary Red Skull.

At their disposal is Captain America’s iconic shield, which will be utilised as both a defensive and offensive weapon and be used to execute dozens of innovative and exhilarating moves.  The legendary comic book character truly comes to life scaling wallsand taking out multiple enemies in this exciting combat game.