Stainless Games has revealed that the upcoming Carmageddon: Reincarnation will support mega-texturing, which was also supported in 2011’s RAGE, and deferred lighting.

The game will also be running on an engine that has been built from the ground up.

Stainless has revealed a couple of screenshots for the game. Remember, the screenshots may not look very impressive to you because they’re from a very early build of the game. They’re given below.

Carmageddon: Reincarnation releases for the PC this year, but no exact release date has yet been given. The game was kicked off thanks to Kickstarter funding of $400,000 last year in May.

Other details include that the game will have online play, will include cops, unlike the original Carmageddon (which has to be one of the most awesome games ever) and a few other minor ones. 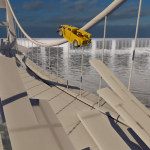 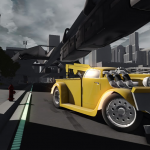