Castlevania 3DS could come out on consoles

Konami would “absolutely consider” making an HD version of the upcoming handheld tile. 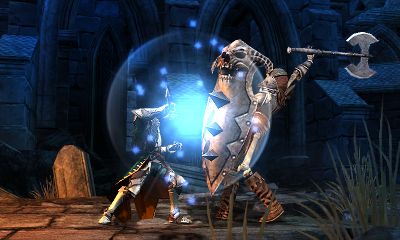 Konami UK and Lords of Shadow series boss Dave Cox says that Mercury Steam  originally developed the upcoming Castlevania: Lords of Shadow- Mirror of Fate completely in HD, and then scaled it down for the 3DS, but that the studio has the HD game ready and would consider releasing it on the consoles.

“We created everything in high definition – all the textures, all the levels, high-poly models, everything – and we kind of shrunk it all down into the 3DS,” Cox told CVG. “Then we lost bones from characters, you know, we dropped the resolution of the textures and everything to make it fit.

“At MercurySteam we have an HD version of the game sitting there in a computer somewhere.”

“We want as many people to play it as possible. Obviously we have an exclusivity deal with Nintendo right now though and they’ve been very supportive of the product.”

Mirror of Date comes out on the 3DS early next month.