Castlevania: Lord of Shadow 2- have a look at the first gameplay screen 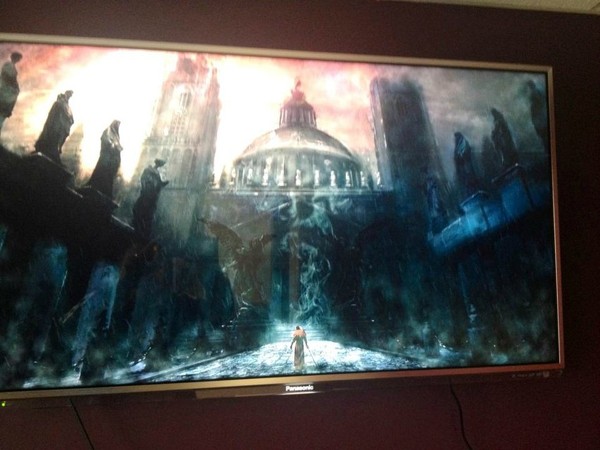 Castlevania: Lords of Shadows 2’s producer David Cox has released what seems to be the first in-game screenshot of the game, captured off the screen.

“Is it a picture or is it the game?” Cox tweeted along with the pic. It looks in-game… since it’s on a TV.

It looks impressive, to be honest, and while the quality is a bit off thanks to the fact that it’s been taken off the screen, you can still see that the game’s art style is coming along nicely.

Let’s hope either Konami or Mercury Steam release an actual, official screenshot, or even better, a video for Lords of Shadow 2 sooner rather than later.

Castlavania: Lords of Shadow 2 doesn’t have a specific release date yet, but it’s probably going to come out later next year. No platforms have been specified yet either.