Castlevania Requiem: Symphony of the Night And Rondo of Blood Review – A Tale of Missed Opportunities

This collection isn’t worth your money and time if you already own both games.

Re-releases and remasters of classic titles have been one of the biggest trends in the video game industry over the past few years and it looks like Konami is getting in on the trend as well with the release of Castlevania Requiem for the PlayStation 4. The new collection combines two of the best games in the franchise, Rondo of Blood and Symphony of the Night, and its release is all but perfectly and intentionally timed with the release of the second season of the Castlevania animated series on Netflix, which may have proved to be both a benefit and detriment for this collection of ports.

While Rondo of Blood and Symphony of the Night were originally released in 1993 and 1997, respectively, although the former was a Japan-only release, the versions of the two games in Requiem are based on The Dracula x Chronicles compilation for the PSP. This means that fans of the original Symphony of the Night may find themselves disappointed as the original script and voice acting were replaced for The Dracula x Chronicles, which took away some of the iconic lines from the 1997 release. Another caveat is that while The Dracula X Chronicles featured two versions of Rondo of Blood, the original and a 2.5D remake of the game, Requiem only features the former, albeit with new scripts and voice acting as well. 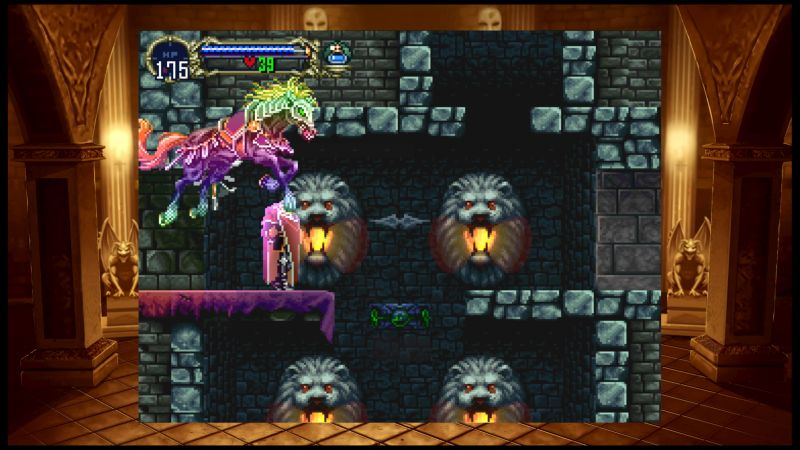 "Castlevania Requiem does bring some improvements and new features to both games including expected trophy support, customizable controls, a weird quick save feature, and the ability to switch between Japanese or English audio."

As previously mentioned, Rondo of Blood wasn’t initially released outside of Japan, making it the less popular of the two titles. Regardless, it’s still definitely worth playing for those who have already finished Symphony of the Night and those who are just getting into the two games or even the franchise itself. It’s about an hour long and is one of the last of the “classic” Castlevania games, which features a traditional linear format. Players take on the role of Richter Belmont or Maria Renard (once unlocked) and go through Castlevania on a quest to defeat Dracula and his horde of demons. It must be noted though that those unfamiliar with Rondo of Blood might find it difficult as the game relentlessly throws challenges at you.

In spite being a sequel to Rondo of Blood, Symphony of the Night was the game that ultimately became the franchise’s most popular and one of the reasons why the term Metroidvania exists. It took the core gameplay of Rondo of Blood and infused it with non-linear level design, exploration, and role-playing game elements, something that wasn’t really common at the time. Playing as Dracula’s son, Alucard, players get to level him up to improve his stats as well as equip him with  weapons and items, giving the game a satisfying character progression outside of the story. In spite the loss of the original script and voice acting, Symphony of the Night is still as enjoyable as it was when it was initially released.

Castlevania Requiem does bring some improvements and new features to both games including expected trophy support, customizable controls, a weird quick save feature, and the ability to switch between Japanese or English audio. The video resolution has also been bumped up to support up to 4K and players will be able to choose between “normal” aspect ratio and fullscreen modes, with the former having an accompanying assortment of backgrounds to fill up the would-be black vertical spaces. There’s also options to simulate scanlines, activate a smoothing filter, and an interlaced mode.

In spite of the graphical improvements that the new features introduce, both games have really begun to show their age, most especially Rondo of Blood, which reveals  just how much Konami could have done to make this release much more than it is. A visual overhaul, the choice to switch between the classic and revamped script and voice acting, and more quality of life improvements would have put this release on par with some of the recent notable classic collections of the past couple of years. 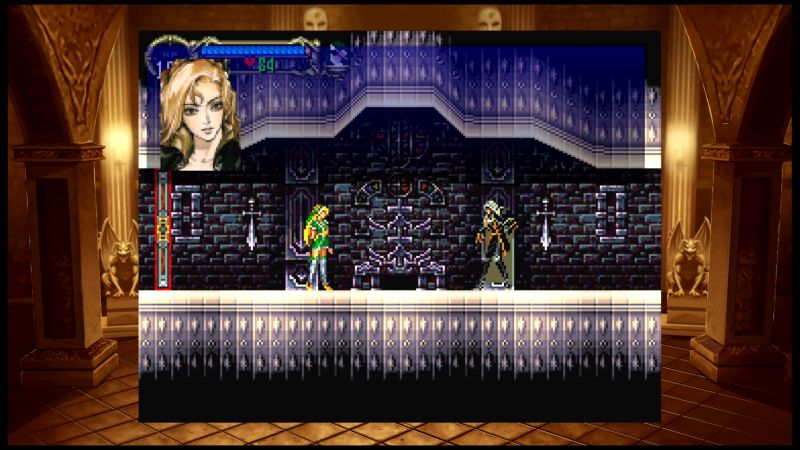 "Castlevania Requiem really feels like a missed opportunity by Konami to create a PS4 release of both games that would not only introduce them to newcomers but also give long-time fans something significantly new to experience."

While both games are still undeniably enjoyable, the package just feels like a basic port or re-release for the sole purpose of tying in with the aforementioned Castlevania animated series, especially when considering that the last Castlevania game was released four years ago.

In conclusion, Castlevania Requiem really feels like a missed opportunity by Konami to create a PS4 release of both games that would not only introduce them to newcomers but also give long-time fans something significantly new to experience. And while both games are still as enjoyable as they were when they were first released, there’s just so much more they could have done with these ports. Nonetheless, those who’ve never played either or both titles should definitely consider picking this up while those who have already finished both may find themselves disappointed to find that not many things have changed with this release, unless they really just want to play either or both games on the PS4.

Contains two of the best games in the franchise, Both games generally still hold up well, Most of the added features are well executed.

Loss of original script and voice actors, Visuals have begun to show their age, Nothing significant added, 2.5D remake of Rondo of Blood not included.

In an era of excellent re-releases and remakes, Castlevania Requiem feels like a massively missed opportunity to bring two of the franchise’s best games back into the limelight.

A copy of this game was provided by developer/publisher for review purposes. Click here to know more about our Reviews Policy.
Tagged With: Castlevania Requiem, Castlevania: Rondo of Blood, castlevania: symphony of the night, konami, ps4