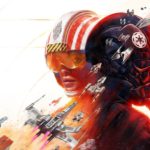 The Legend of Heroes: Trails into Reverie Supports PS4 to PS5 Upgrade, No Cross-Gen Saves

Only PS4 and PC players can access the VR content using head-mounted displays, though they can be played without VR enabled.

Survive amid two factions at war, and take advantage of the new Seal power-up. Two new Achievements are also available to unlock.

The second DLC fighter in Season Pass 2 is now available on PS4, PS5, and PC, along with his music from previous titles and new avatar items.

Nintendo recently announced that the RPG duo sold a total of over 4.05 million units in Japan within 3 days of release, including digital sales.