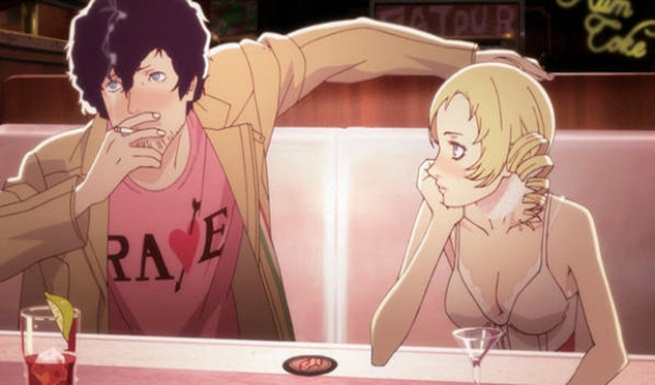 Japanese developer Atlus have confirmed that multiplayer shenanigans will grace their upcoming game Catherine. The latest issue of Famitsu held the details that the main menu will greet players with three modes: Golden Theatre, Babel, and Colosseum.

Golden Theatre will be the main story mode, with Babel being a mode that will allow you to repeat the game’s main action section with a partner player. The Colosseum will be a head to head mode in said action stages, but will involve you trying to complete them faster than your opponent whilst simultaneously sabotaging their progress.

The game will tell the story of Vincent who, after encountering the mysterious Catherine, finds himself locked in a recurring dream where he must climb a never ending staircase invested with murderous sheep creatures. A game this progressive can hardly go wrong considering Atlus’ fantastic reputation within the RPG genre. Fingers crossed Catherine will be able to get a US and European release in the near future.