No matter how much money Microsoft ploughs into Kinect, there remain the doubters and naysayers who maintain that motion control is but a temporary blip in gaming’s brief history – a passing fad that will quickly fall by the wayside. Recent releases had given some credence to these views… until now.

Ubisoft and Tetsuya Mizuguchi – pioneer of top music games such as Rez, Space Channel 5 and Lumines – have managed to breathe some fresh life in to Kinect, and give us all a reason to blow the dust of an otherwise expensive luxury. 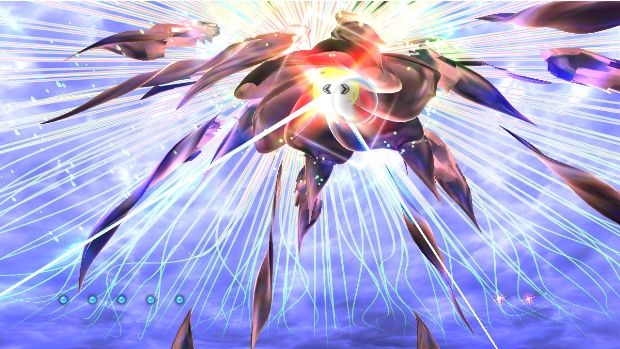 Child of Eden is a treat for the senses

Child of Eden is a surreal and equally hypnotic treat for the senses that reels you in and keeps you hooked until your eyes bleed. Fans of Rez will know exactly what to expect; a screen awash with colour, while chirpy tunes teem from your speakers. The plot is largely irrelevant but sees you charged with saving Project Lumi – an archive of human memories – which is being attacked by viruses. There’s some metaphorical subtext going on about the internet or “Eden” – but all you really need to know is that there are lots of creatures flying about that need to be shot before they shoot you. Look beyond the music and colours, and it’s a simple single-player rail shooter at heart, but one that really should be experienced.

Depending on your chosen control method, it actually feels like two games in one. A standard pad can be used to guide the reticule about the screen and zap enemies. The occasional rumble that pulsates up your arms in time with the musical effects and explosions draws you into the game… Switch to Kinect, however, and the fun factor is the same while the experience is wholly different.

Unlike previous Kinect titles that require a play area of epic proportions and the player to jump about the place like an idiot, Child of Eden is certainly more forgiving and low impact; players largely remain stationary and use only their arm movements to control and shoot. Moving your right arm to lock on to up to eight enemies feels satisfying – the camera capturing your every movement with ease. It’s fast and fluid, and extremely fun. With the bad guys in your sights, a simple push of the hand fires the weapon and exterminates the little suckers. Destroying viruses to coincide with the beat of the music provides a hefty boost to your score, although you’ll no doubt be too engrossed by the goings on onscreen to notice. 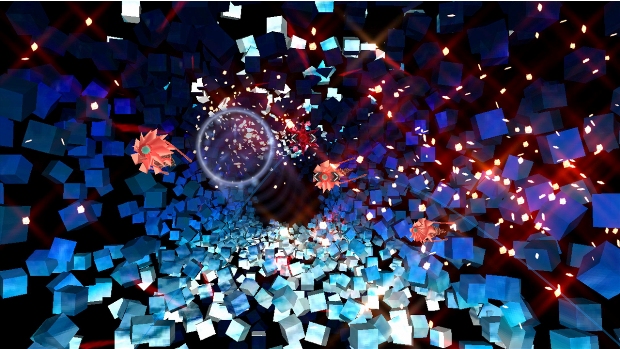 Incoming bullets and certain viruses can only be dealt with by using a weaker – but faster firing – laser controlled by your left arm, whereas raising both arms in the air detonates a “Euphoria” smart bomb and wipes out everything in your path. More bombs and additional health can be gained by shooting power-up orbs that occasionally pop up on screen.

At the end of each mission, stars are awarded based on how many enemies have been cleared, game time and power ups collected.

Much like Flower showcased six axis control on the PS3 a few years ago, Child of Eden perfectly uses the technology trapped inside the Kinect camera. While the controller option is available, opting for Kinect is by far a more enjoyable and altogether more surreal experience.

Players should note, however, that switching hands/weapons can occasionally cause a few seconds of confusion onscreen, and woe betide you if you have an unexpected itch during the game!

There are a few other niggles too, namely that the game is monumentally short with only a few hours max required for a playthrough of the five levels. The fact that death at any stage during a level will also require you to start over and play the entire segment again, also proves a little frustrating.

Full retail price is a lot to ask for such a short game and, in that sense it’s fairly difficult to score this. It’s hugely enjoyable and innovative, and it is perfectly suited to Kinect and the whole motion control concept – but it’s a lot of money for a game that can be completed in a single sitting. 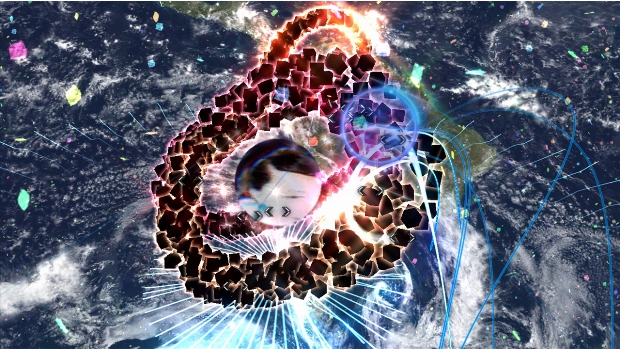 A great game but it’s so short

Longevity is extended a little thanks to all the add-ons and content that can be unlocked during repeated playthroughs, and there’s also a challenge mode that should keep high score hunters happy. But is it really enough?

Objectively, as a game – or an experience – Child of Eden is one to be savoured and is definitely worth a purchase. If the budget is tight or there are other titles on your radar, perhaps a rental may prove sufficient. Personally, this is one game I’d keep coming back to in months to come and would readily load to show off Kinect to anyone doubting its abilities…

Great control methods really accentuate the game. It's bright, colourful and almost hypnotic. The music is great and the game is hugely satisfying, really showcasing what motion control technology can do

It's stupidly short and once you've completed the five levels there's very little to really keep you coming back for more - although DLC could change things entirely. A lot of money for not a lot of game

An innovative new IP that breaks the mould and proves to be a breath of fresh air. Using a normal pad it's a fantastic game but with Kinect, it's an altogether better experience

A copy of this game was provided by developer/publisher for review purposes. Click here to know more about our Reviews Policy.
Tagged With: Child of Eden, ps3, Ubisoft, xbox 360