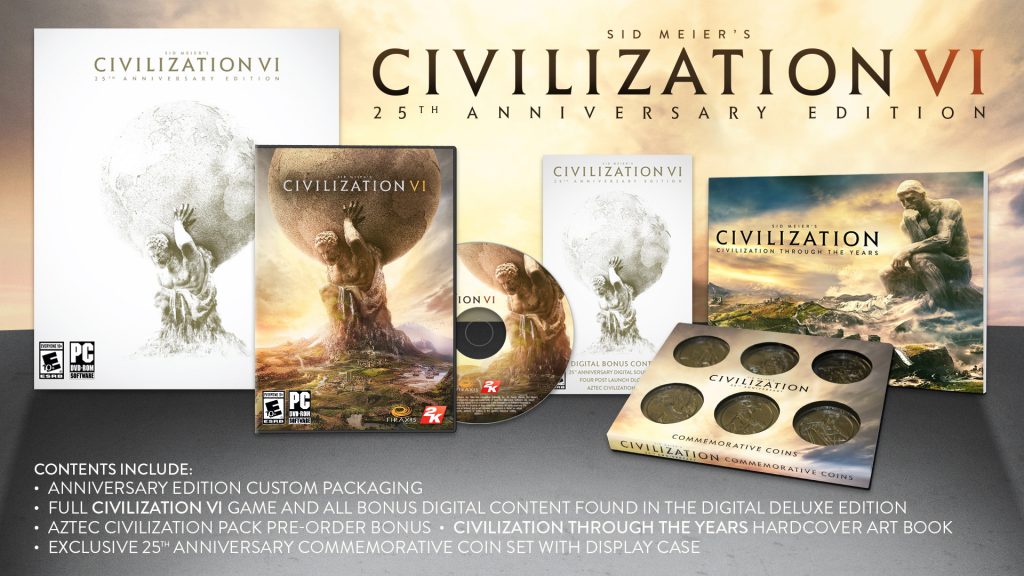 This year, Civilization 6 will finally be launching, more than half a decade after Civilization 5, at this point widely acknowledged to be the best entry in the franchise (especially after all of its expansions) released. It’s a good time for a new game in the series to be out, since this year also marks the 25th anniversary of Civilization.

To celebrate the occasion, 2K Games and Firaxis will be releasing a special 25th anniversary edition of Civilization 6– the edition, which will be very limited (only 20,000 copies will be made available) will come with a whole lot of commemorate content.

Speaking about the anniversary, as well as about Civilization 6, Sid Meier, the creator of the franchise that bears his name, said, “The vitality of Civilization is in the new ideas that each design team brings to the game as well as the passion and feedback from an incredible community. We hope players enjoy the vibrant living world and the new features the team has created in this latest offering. I’m proud of the work they’ve done, and I hope you will enjoy playing Civilization 6  as much as they’ve enjoyed making it. Here’s to the next 25 years!”

Civilization 6 will launch on PC on October 21. The 25th Anniversary Edition will include the following: