White PS3 is the best one.

Posted By Kartik Mudgal | On 18th, Jan. 2013 Under News | Follow This Author @KartikMdgl 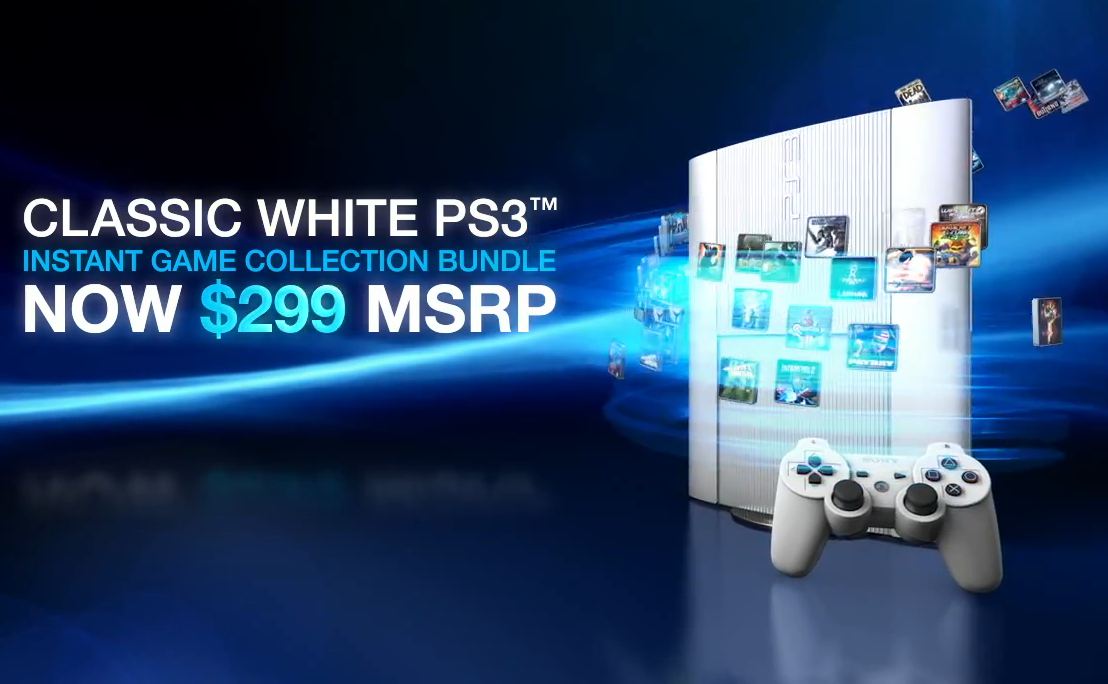 Sony has announced a new classic white edition PS3 bundle and the new thing here is that it features the Instant Game Collection of PS Plus, so not only do you get a PS3, you get a ton of new games as well.

The bundle will retail for $299.99, and it comes with a 500GB HDD along with a one-year membership to Playstation Plus which is what gets you the Instant Game Collection.

The games are LittleBigPlanet 2, Infamous 2, Ratchet & Clank: All 4 One, Uncharted: Golden Abyss, Gravity Rush, WipeOut 2048 and the likes.

That’s a pretty good collection. We have reviews for all of them on our site so do check it out. The bundle will be released on January 27.

Sony has released a lot of new bundles but the white PS3 comes to U.S. after a long time, and is something a lot of people have been wanting to buy because of how great it looks.