Closed Beta Dates Announced For The Settlers: Kingdoms of Anteria

Now you can see if the always online requirement works for yourself! 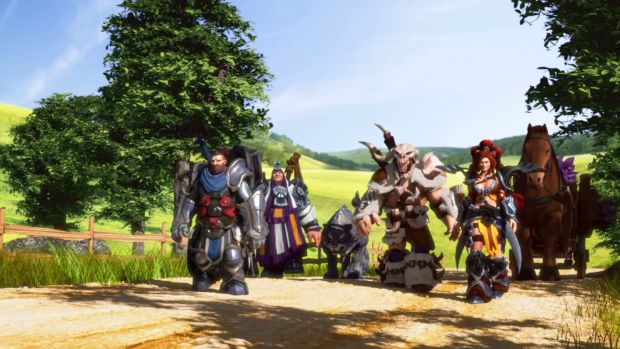 The Settlers: Kingdoms of Anteria is, in case you did not know, an upcoming persistently online city building and management sim coming to you by Ubisoft and Blue Byte. Ubisoft and Blue Byte promise that the persistently online requirement is necessary for their vision of the game, which includes a co-operative adventure mode for all players, as well as a thorough and comprehensive trading system and economy for the community. Yes, they really don’t seem to have learned from EA, Maxis, and the SimCity debacle, do they?

In all seriousness, the game does appear to be pretty damn good from what we have seen, and now Ubisoft is inviting a select few players to try it out themselves and give it a whirl via a closed beta. The German Closed Beta will start on August 20, 2014 and the international English Closed Beta will begin on September 16, 2014. In the Closed Beta players will be able to dive into the untamed lands of Anteria to experiment with gameplay mechanics including the persistent kingdom and the adventure gameplay, a new addition to The Settlers games. Meanwhile, the developers will of course be scouting for feedback, so if there’s something you do or don’t like, let them know. And stay tuned to GamingBolt for more Gamescom coverage.

Tagged With: GamesCom, The Settlers: Kingdoms of Anteria, Ubisoft