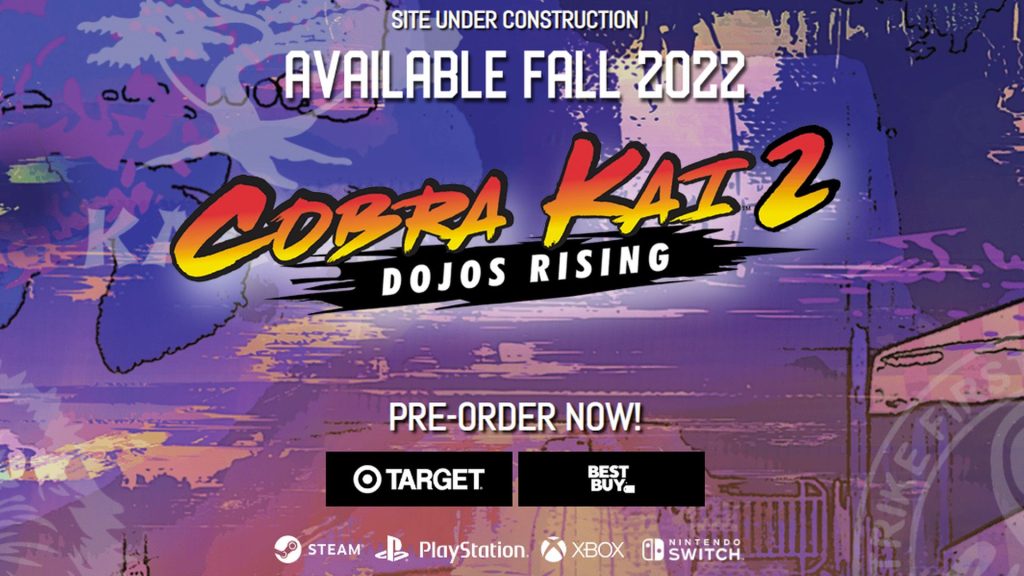 In Cobra Kai 2: Dojos Rising, players will have to decide their choice of dojo from between Eagle Fang, Cobra Kai, and Miyagi-Do. Players will then have to recruit the best team they can find, master their fighting style of choice, and aim for the All Valley Karate Grand Championship.

Cobra Kai 2: Dojos Rising will feature a number of game modes, including Story Mode, All Valley Tournament Mode, and Cobra Classics. It will feature 28 playable characters from the show’s roster, each with their own special abilities and skills. It will also feature online multiplayer, but the full details for the multiplayer modes have not yet been revealed.