Whether or not the Xbox Series S is going to be able to stick around for as long as the current generation lasts is something that's been questioned more than a few times over the last couple of years... Read More

Check out the gameplay trailer for Nickelodeon Kart Racers 3: Slime Speedway, which is coming to PC and consoles this October.

The legendary cat brings an array of food-related moods and his teddy bear Pooky to all platforms (except the Switch) tomorrow. 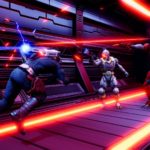 The textbook definition of a generic third-person shooter.

Daniel Winkler – creative director and CEO of IguanaBee – speaks with GamingBolt about the G.I. Joe shooter. 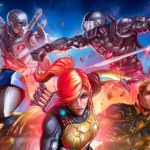 The game comes with multiple playable heroes and villains from the franchise.

The Box Art points to a release potenitally soon.