Cobra Kai has become something of a worldwide phenomenon over the years, but though the IP obviously has a lot of cache, specifically where video games are concerned, it hasn’t reached quite the same heights. GameMill Entertainment and Flux Games recently launched their 3D brawler Cobra Kai 2: Dojos Rising, and no, it’s not the series’ big AAA introduction to the gaming space- though there’s plenty here for fans to dive into. Before the game came out, we reached out to its developers at Flux Games with several questions about it. Below, you can read our interview with game director Paulo Luis Santos. 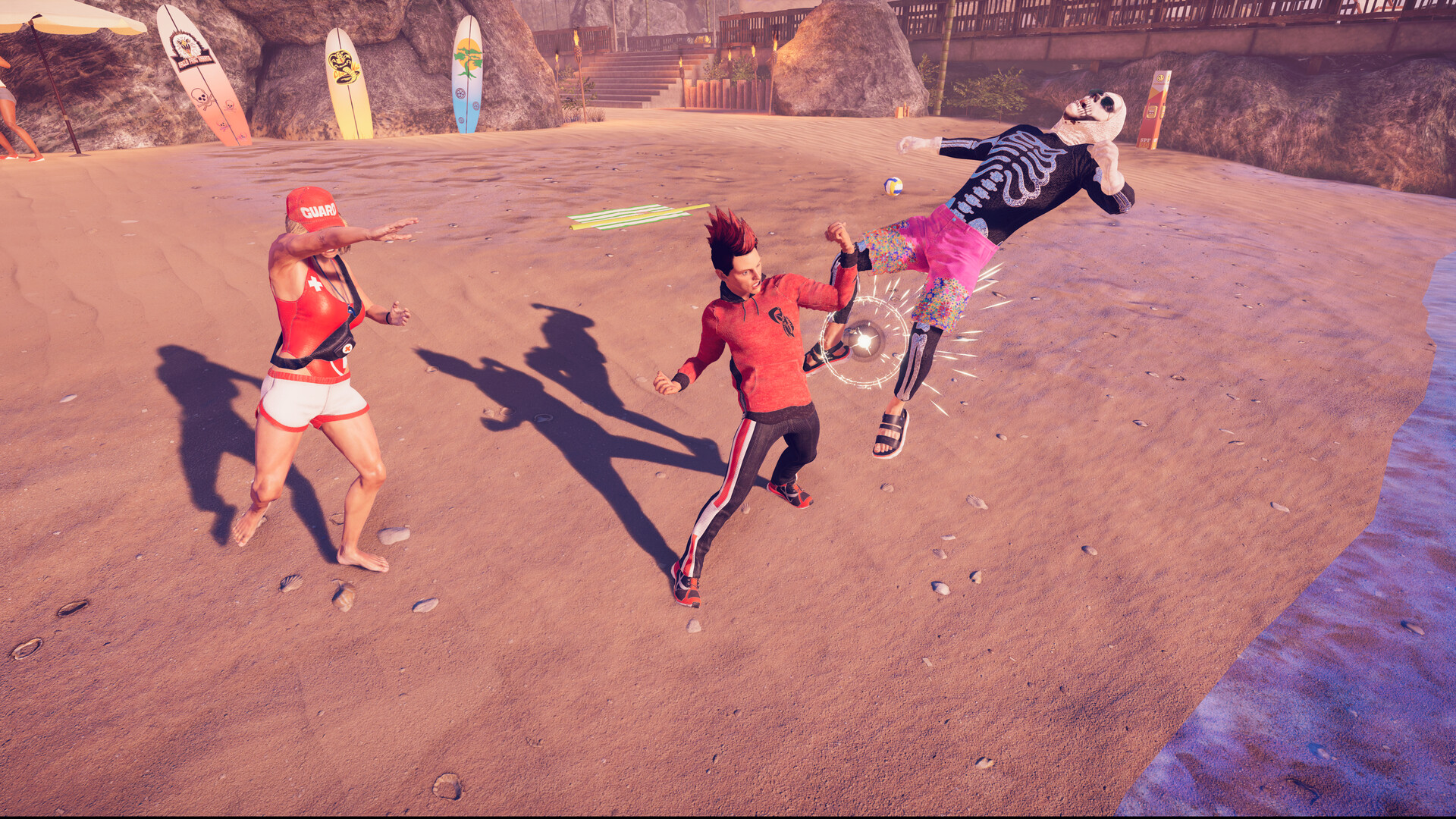 "Special attacks change their looks also as they can be Ice, Fire or Lightning-based; and the levels you can access as you begin your adventure change for each Dojo. The dialogues are unique to each Dojo storyline as well, providing some really fun moments with the characters we all love."

GameMill has of course worked with a number of big media properties in the past. What about Cobra Kai in particular makes it such an attractive one?

Cobra Kai has become a phenomenal hit: with its clever writing and fun tone, approaching two core groups of characters (teens and adults), it’s become a hugely popular IP that connects to a really wide audience, ranging from teenagers to nostalgic adults that were kids in the 80s and are now in their 40s. The fact that it’s about Karate also makes it really cool for gaming, providing great base material that allows us to build engaging and fun combat gameplay within the universe.

What impact will players’ choice of dojo have on the way the game plays out?

This is one of the coolest aspects of the game! It impacts almost everything: there are characters that you can only play while selecting a specific dojo, like Daniel, Johnny, Kreese, Miguel, Sam and Tory; some characters are not bound to the dojo, but are very difficult to recruit to a dojo that is a bad fit – like Kyler to Miyagi-Do or Demetri to Cobra Kai. Special attacks change their looks also as they can be Ice, Fire or Lightning-based; and the levels you can access as you begin your adventure change for each Dojo. The dialogues are unique to each Dojo storyline as well, providing some really fun moments with the characters we all love.

Where the locations featured in Cobra Kai 2: Rising Dojos are concerned, what sort of a balance do they strike between calling back to the TV series and being entirely new creations?

We wanted to get the game experience as close to the show as possible, so every level can be pointed to something that happened in the show. Even some slightly new creations are largely based on show locations – like the Classic CK Dojo, the one from the original Karate Kid. It appears in the game as an under-construction facility, as part of the Silver CK empire building effort.

How significantly will the playing styles of all the characters featured in the game differ from each other?

Each character has unique combos, even though they share some specific attacks as part of their kits. Also, we divided the roster into three groups: fast, balanced and heavy. This changes their speed, dodging skills, and raw damage output. They play very differently. On top of that, the coolest feature is that every character has two unique Skill Attacks, which are special attacks with cool VFX that either do a lot of damage, or affect an area, or grant buffs and debuffs and statuses. These were handcrafted, designed with each character’s style and story in mind, ranging from the name of the attack all the way to what the character actually does. One good example is Devon Lee’s “Ad Hominem” attack: it is a throwback to her debate team days, since “ad hominem” is widely considered the lowest form of argument, and she just screams that while giant letters fly and act as projectiles in a funny ranged attack. It is a reference to Zed, the punk boss from Lollipop Chainsaw. 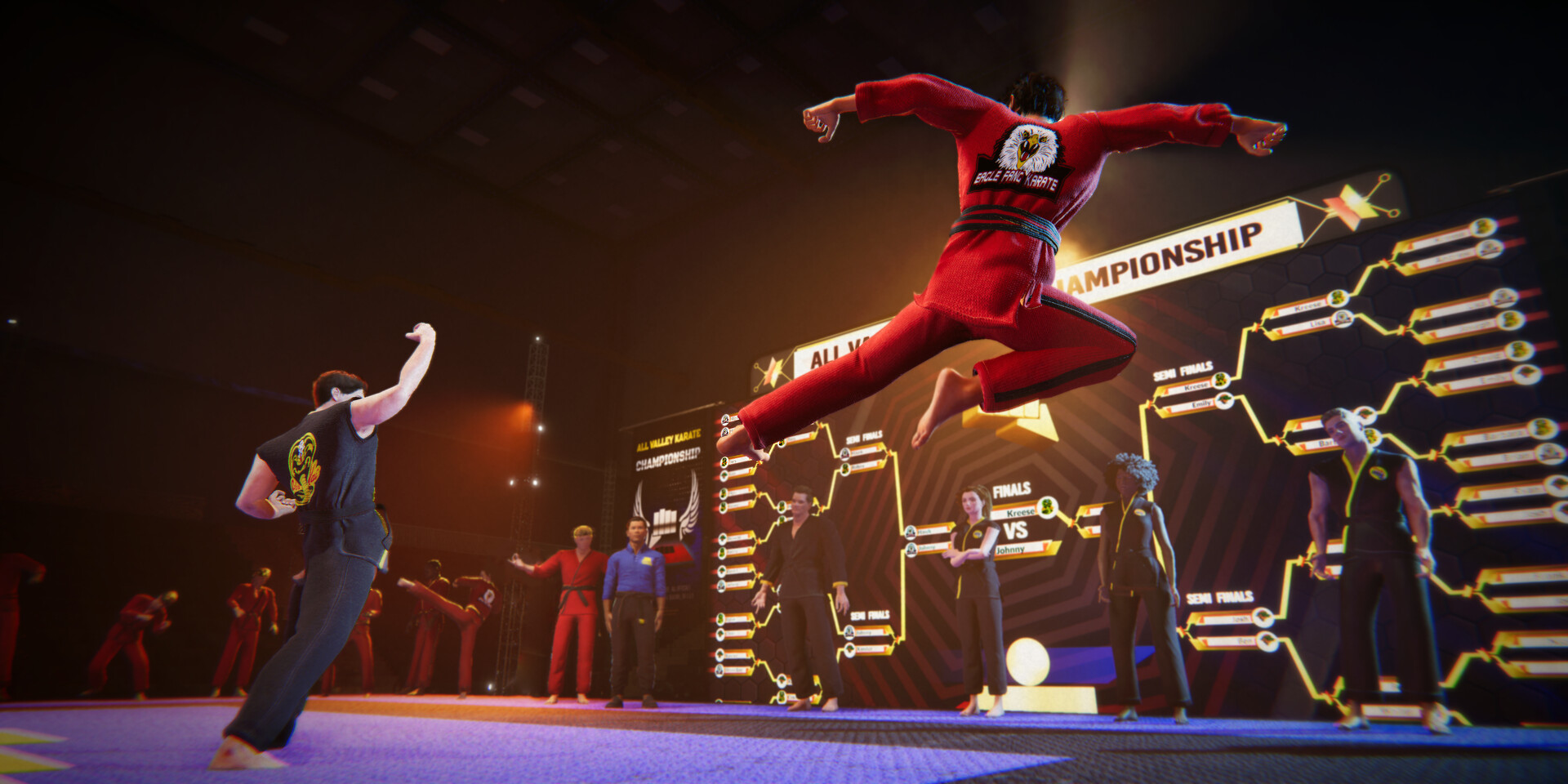 "We wanted to get the game experience as close to the show as possible, so every level can be pointed to something that happened in the show."

What can you tell us about the Cobra Classics mode and how extensive that experience will be?

Cobra Classics is a really fun game mode that allows you to relive classic fights from the show in an arcade-y package. The game comes with two levels: the chop chop fight where Daniel and Johnny team up for the first time (S03e01), and the super cool School Brawl (S02e10). In the school fight, just as in the show, it’s an extensive piece, where you start controlling Tory against Sam, then as things heat up you control many characters such as Hawk, Aisha, Stingray, and take part on iconic fights such as Nate x Bert, Chris x Mitch, and end up controlling Robby to send Diaz into his tragic moment.

Of course, it is a game adaptation of those fights, but I can tell you they are a tough challenge!

What should players expect from the game’s multiplayer offerings?

The multiplayer is designed to be a casual experience. There is no attempt in creating any sort of competitive scene for this game: It’s more about “let’s brawl out in this unique karate-style 1v1”. It is not designed to be a frame-perfect precise fighting game like Street Fighter or Guilty Gear. You can expect to have fun with light-hearted, fast-paced versus fights where you can win in some different ways.

Do you have plans to add to the game with more content after it has been released?

Nothing is confirmed yet, but we’d love to do more with the game after launch. We’ll continue to explore future opportunities as we hope to provide additional content for our fans – stay tuned!

Roughly how long will the game’s story mode be?

Each dojo story lasts an average 7-9 hours if you go through all the levels. Though you can speed it up to around 4 hours if you skip some levels (not every one is mandatory). For completionists, I’d say the game’s campaigns would last around 18-30 hours if they decide to do everything with all three Dojos.

Given that you have now worked on all the current gen consoles, I hope you don’t mind answering some questions about their hardware. Since the reveal of the PS5 and Xbox Series’ specs, a lot of comparisons have been made between the GPU speeds of the two consoles, with the PS5 at 10.28 TFLOPS and the Xbox Series X at 12 TFLOPS. How much of an impact on development do you think that difference will have?

In this project, it did not impact that much. Both are super great to work with, and allows us to have more content, VFX and higher graphic quality equally. Cobra Kai 2 looks great and runs amazingly on those platforms, and that’s what we were aiming to accomplish so we are super happy with the game on both PS5 and Xbox Series X. 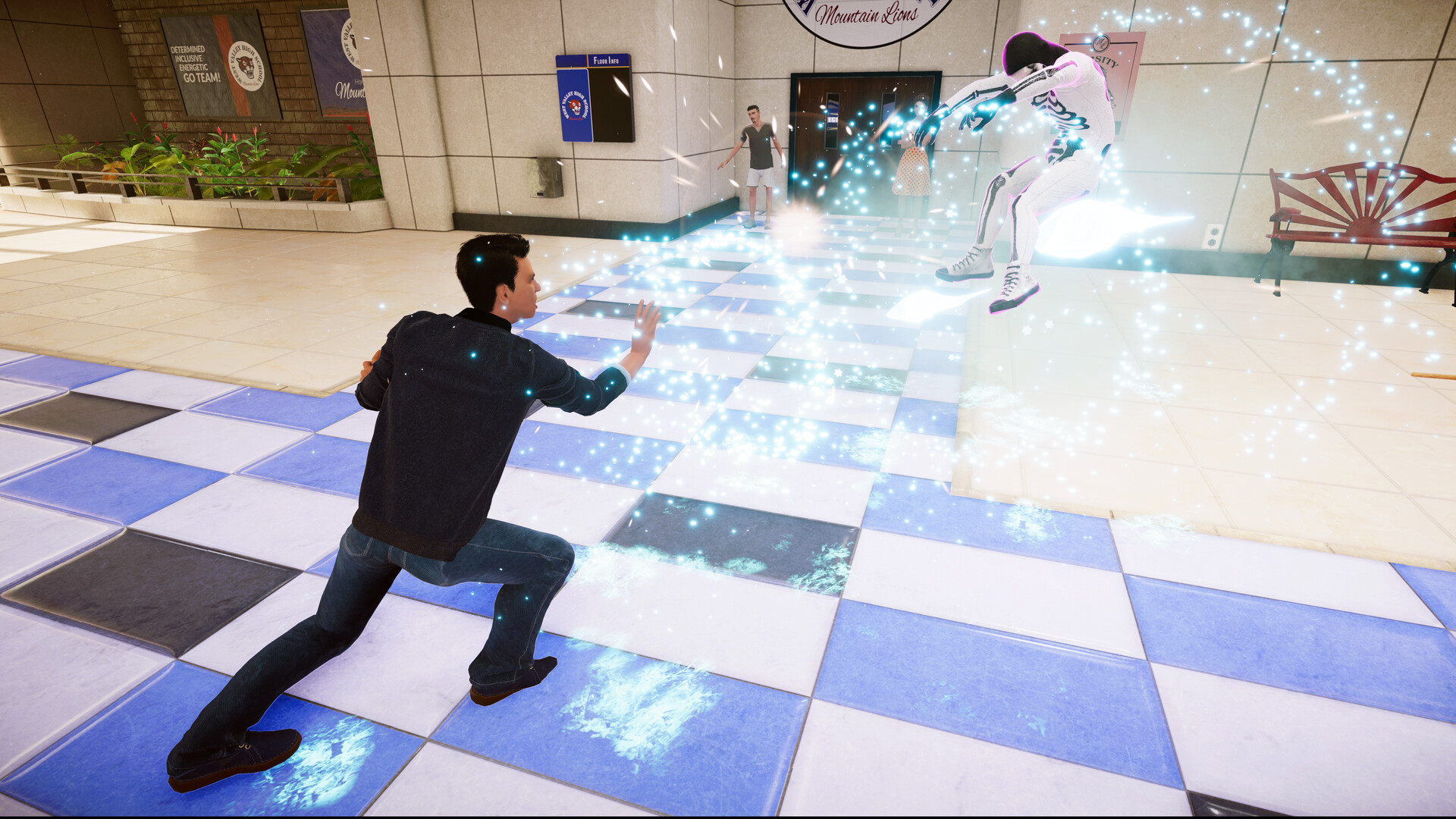 "The multiplayer is designed to be a casual experience. There is no attempt in creating any sort of competitive scene for this game: It’s more about “let’s brawl out in this unique karate-style 1v1”."

In this project, it did not impact us that much. It would probably make more of a difference in projects that aim to push the boundaries of the console’s hardware limits, which was not a goal in this one.

The Xbox Series S features lesser hardware compared to Xbox Series X and Microsoft is pushing it as a 1440p/60 FPS console. Do you think it will be able to hold up for the more graphically intensive games as this generation progresses?

I believe that a customer that purchases the Series S is aware that it’s not the same specs as Series X, and is generally fine with that, so it shouldn’t be a huge problem if it’s slightly different from it’s more powerful sibling. That being said, I think in general Series S should hold up for a good while and since these technologies evolve so fast it’s super hard to predict how long it’s lifecycle will be.

These types of features are always cool to explore from a developer’s perspective, especially for larger teams on 3+ year development cycles. For games with shorter development cycles like ours, the impact and help these features provide are a little bit less meaningful because we often don’t have enough time to dive too deeply into them. 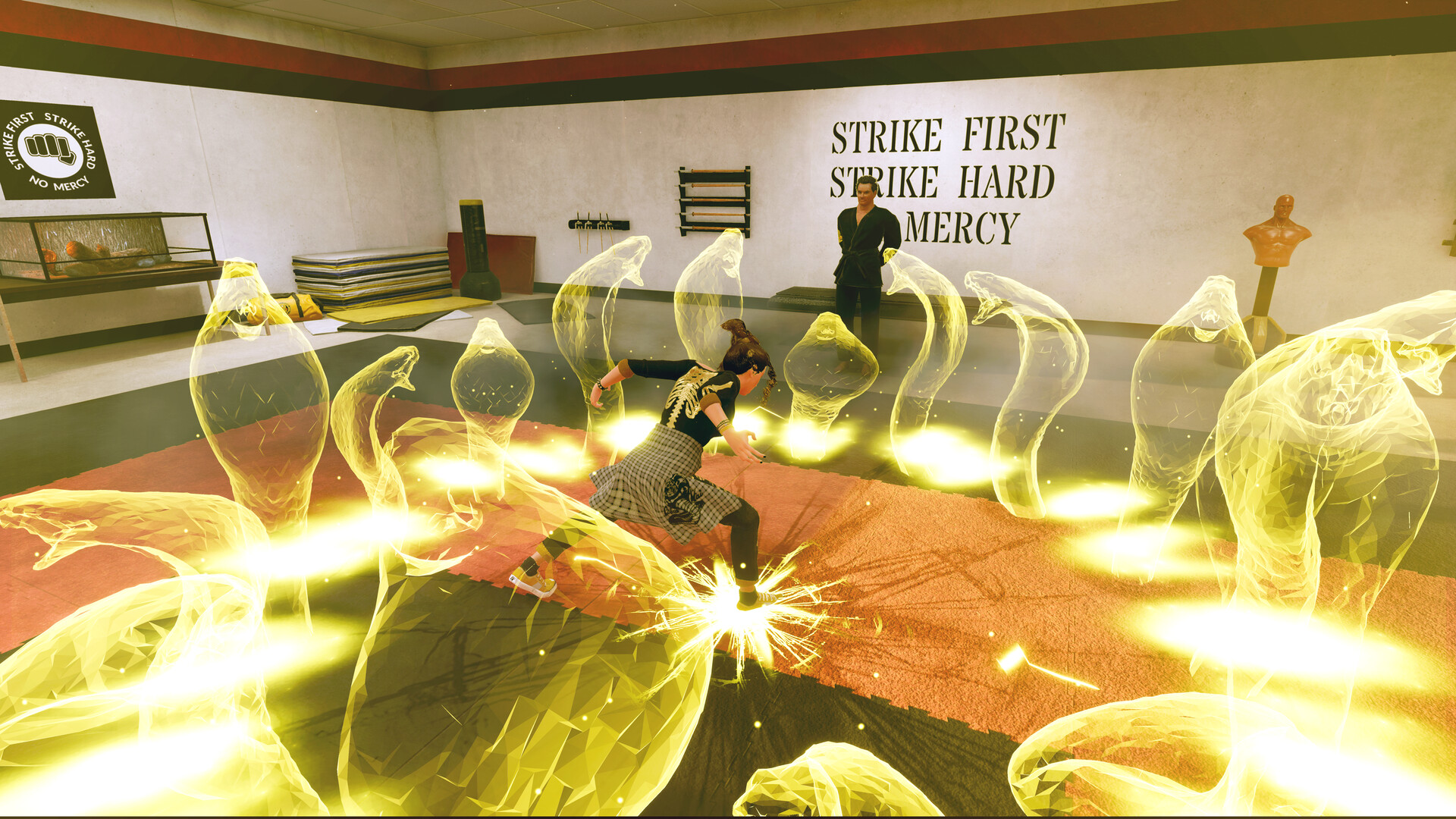 "Nothing is confirmed yet, but we’d love to do more with the game after launch. We’ll continue to explore future opportunities as we hope to provide additional content for our fans."

It will run at 4K resolution and mostly at 60FPS, although there are some moments where things get too intense and we see slight framerate drops. It won’t affect the overall experience though, which is tight.

Steam Deck is pretty exciting, but we did not prepare any special features on this one for the Steam Deck. I’m excited to explore it in future projects though!

The developers of ATONE: Heart of the Elder Tree speak with GamingBolt about their unique rythm-based game's P...