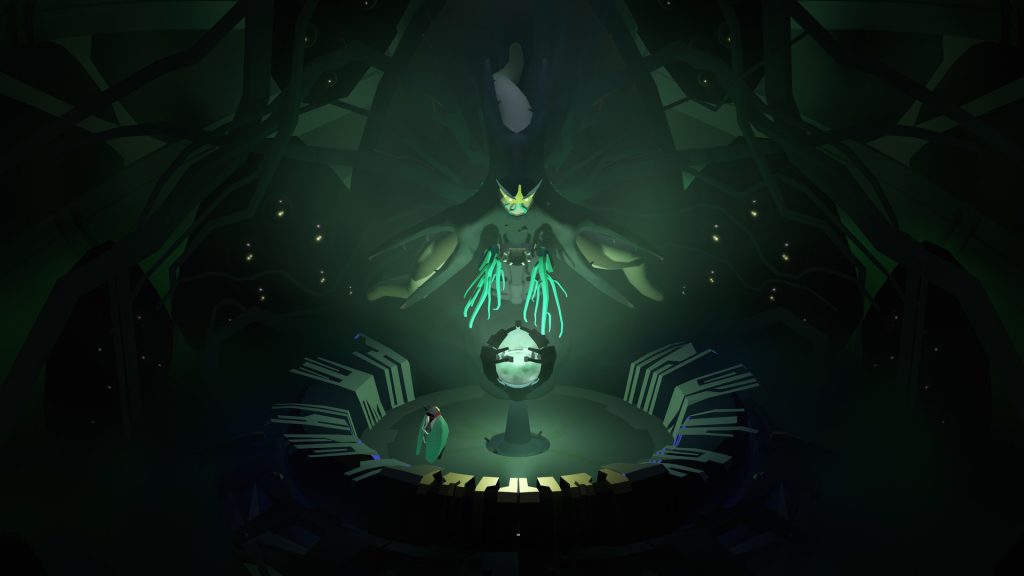 The Xbox and Bethesda Games Showcase saw the debut of a number of smaller indie titles that caught people’s eyes, and one of those was COCOON. It’s being published by Annapurna Interactive and developed by Geometric Interactive, which is a small studio formed by former Playdead employees Jeppe Carlsen (lead gameplay designer of Limbo and Inside) and programmer/composer Jakob Schmid.

COCOON is a top-down puzzle adventure game that is set inside “a structure of worlds within worlds”, with entire worlds existing inside of small orbs. Players will be tasked with using these orbs to hop between worlds which will also involve combining, manipulating, and rearranging them to solve puzzles.

The game also promises several diverse and interconnected biomes, “from industrial structures to
massive organic caverns.” Each world is protected by a mighty guardian, and battling each one of them will require a different skill. Check out the gameplay trailer below.

COCOON is due out sometime in 2023 for Xbox Series X/S, Xbox One, Nintendo Switch, and PC. It will also be available via Game Pass at launch. With the Annapurna Interactive Showcase set for next month, hopefully, we’ll be seeing more of the game not long from now.