The action RPG will be arriving shortly for European handheld gamers. 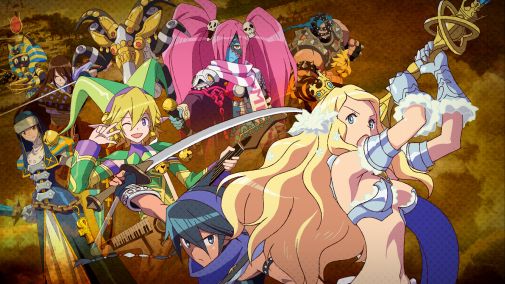 Agatsuma Entertainment has announced that Code of Princess, their fantasy RPG beat’em up game on the Nintendo 3DS, will e making its way to the EU/NAL Nintendo eShop on March 28th 2013.

Originally illustrated for figurines, Nishimura Kinu, famous for her designs on Street Fighter instead began to envision the game world and how the characters can fit into it. The result was Code of Princess, with development duties being taken up game developer Agatsuma Entertainment and animation studio Bones.

Along with multiplayer modes, both cooperative and competitive, there will be a single player mode that features over 50 playable characters. Despite already being released in North America, it will be interesting to see the response for the game in Europe.

Check out the trailer previous released for Code of Princess and decide whether it will be worth the wait. The action RPG is slated to be available in EU/NAL for 29.99 Euros.