And it looks pretty cool. 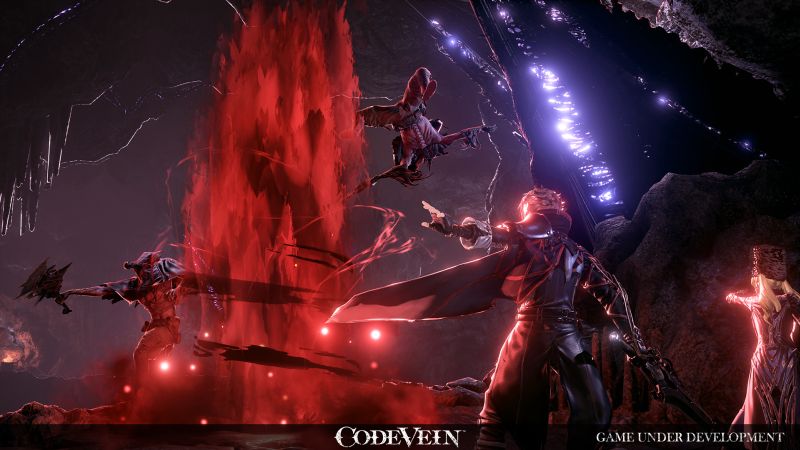 Bandai Namco has revealed the first trailer for Code Vein and how the vampire-occupied post-apocalyptic future coincides with the Souls-like combat. Check it out below.

Code Vein takes place in a far-off future where the Earth has suffered tragedy. Powerful beings known as Revenant have risen from the ashes, fueled by their desire for blood. You play as one such Revenant who lives in a society called Vein and seeks to escape while also solving the mysteries of existence.

The Souls-Like combat is apparent in the tells of enemies, emphasis on dodging and so on. The companion mechanics are also on display and each Revenant has unique powers that can be activated by feeding on enemies. Top it off with Unreal Engine 4 and there’s quite the display of violence.

Code Vein is set to release in 2018 though its platforms haven’t been confirmed. Stay tuned for more information on the game in the months.