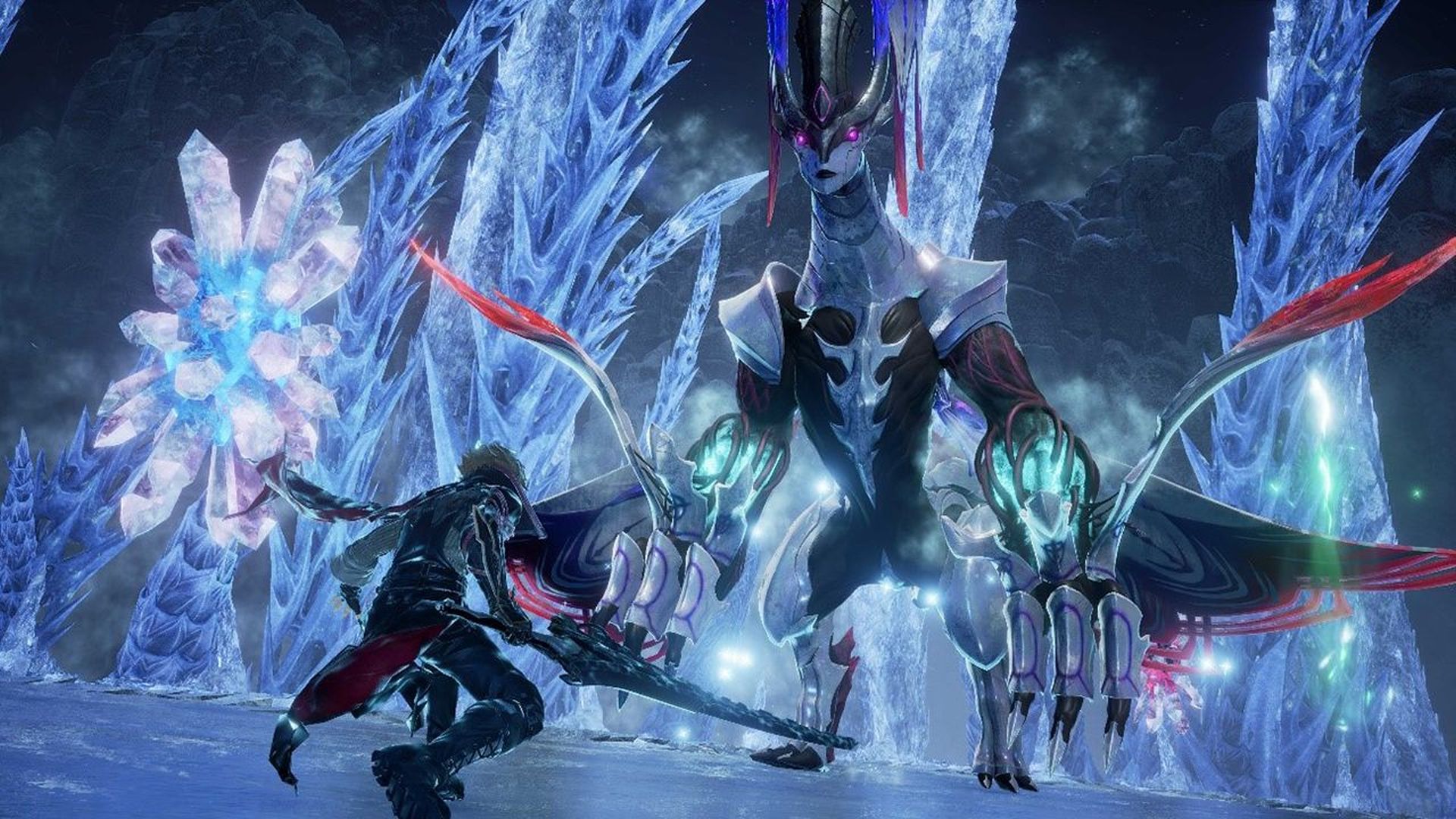 Bandai Namco’s second DLC pack for Code Vein is out today with Frozen Empress. Currently live for some regions, it adds a new boss fight – the Frozen Empress of the Great Collapse Horror who uses ice attacks and has two crystals that buff her. New Horror Hunting Trials are also included which involve defeating the Frozen Empress for rewards.

Some of the rewards include the Blood Code “Ymir” for ice elemental Gifts like Frost Turrent and Hoarfrost Stream and new costumes for Mia and Yakumo. Players can also unlock four new ice-based weapons, namely a bayonet, two-handed sword, hammer and halberd. There are also two new Blood Veils which offer strong elemental defense.

A new Depth Field, the Celestial Ice Prison, also awaits with its icy structures and caves teeming with Lost. Players will find a Pollux Core Fragment which adds two new attacks – Steadfast Strike and Usurper’s Blade – and the Asclepius Vestige Blood Code for a new support ability. The DLC retails for $9.99 standalone and is included with the $24.99 Season Pass.