New Commandos games coming "for all platforms" along with potential remasters of the classics. 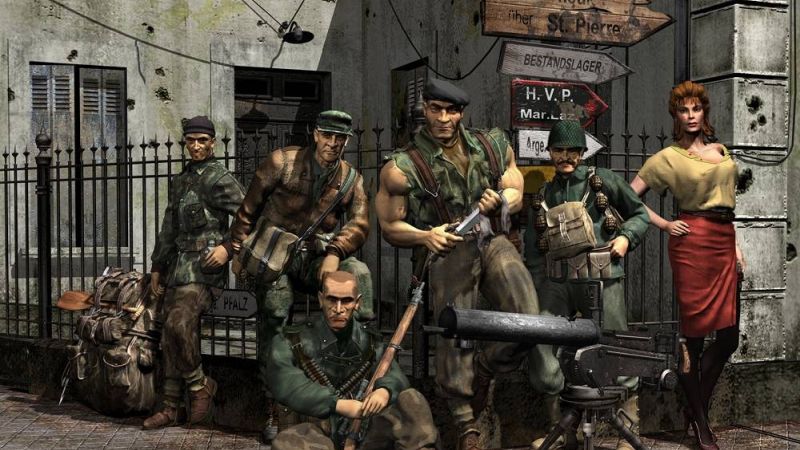 The Commandos franchise isn’t particularly well-known by today’s players, but back in the day, it was the tactical squad-based strategy title to play. Unfortunately, after Commandos 3: Destination Berlin (2003), the series began to lose its lustre, while Commandos: Strike Force (2006) being a tactical FPS go down well with people either. Fortunately, Tropico and Dungeons publisher Kalypso Media has announced its acquisition of the Commandos franchise.

Pyro Studios founder Ignacio Pérez said, “We have been looking for a suitable partner for the continuation of our products and brands for a long time. Kalypso has great expertise and experience with rebooting well-known titles, and we are delighted to have our IP in such good hands.”

Along with developer Pyro Studios, the acquisition includes franchises like Imperial Glory and Praetorians. The publisher said it will begin worked on new Commandos games “for all platforms” while also releasing “an extensive adaptation of the existing titles for contemporary technologies and platforms.”

The latter sounds like remasters of the original games will be coming. Whether they’ll be HD ports with a few new bells and whistles or completely retooled for current-gen hardware remains to be seen. Founder and managing director of Kalypso Simon Hellwig stated, “We have great respect for what the Pyro Studios team have accomplished and created throughout the history of the studio. We see it as our responsibility to revive and further develop these beloved games for fans around the world.

“Of course, this will include the development of a completely new game for all platforms, but also an extensive adaptation of the existing titles for contemporary technologies and platforms. We’re incredibly excited about the opportunities, and will begin speaking to potential development studios in the near future.”