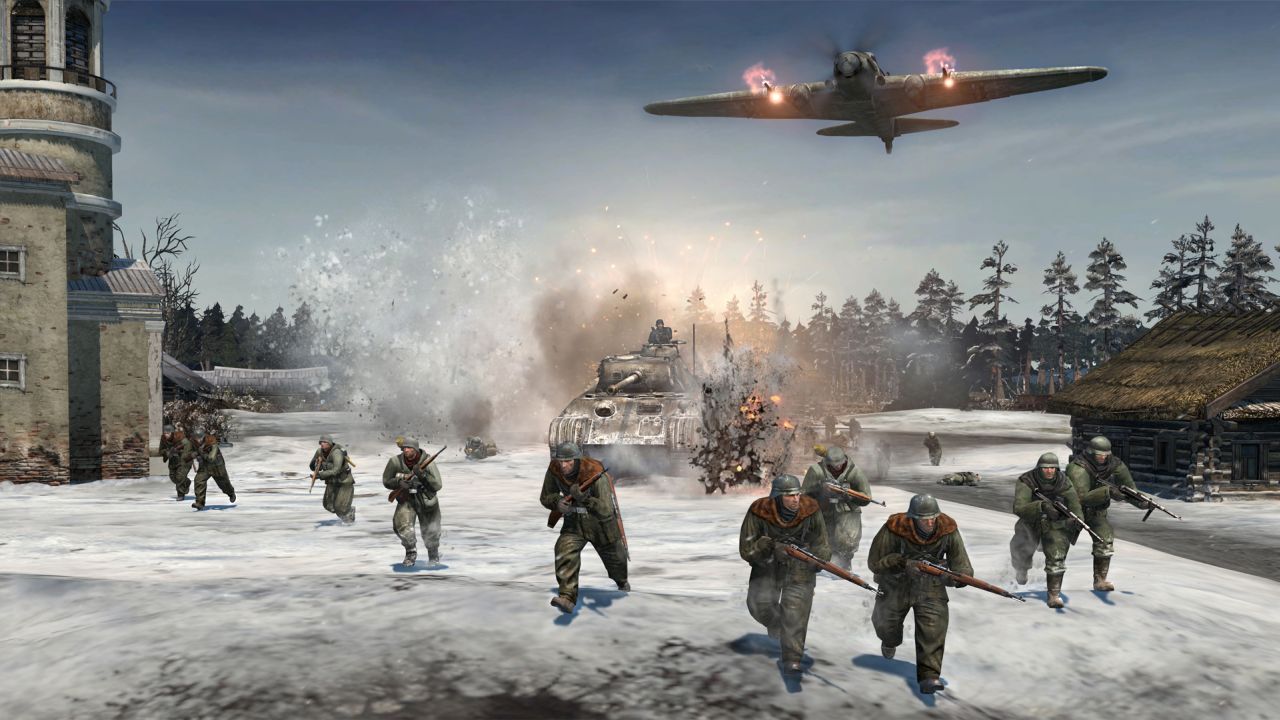 Sega and Relic Entertainment announced that the upcoming Company of Heroes 2 will be hosting a closed beta on Steam for April 2nd. The playtest will feature both competitive multiplayer and skirmish with six maps and up to 4 versus 4 players.

You can also play against the AI, with the first 40 levels of progression available to access. Of course, players can customize load-outs and such.

Producer Greg Wilson stated, “We are excited to be able to launch the closed beta for Company of Heroes 2. We invite our fans to help us test and balance the game prior to launch, as well as see the changes we’ve already made since the Alpha test in December.”

Game Director Quinn Duffy said, “We’ve added two brand new maps to the roster for this phase as well as the four already in the Alpha Stress Test. Players can battle fiercely for control of the Oka River, or brave a close quarters skirmish on the outskirts of Moscow.”

Initially open to pre-order customers, a second phase allowing other players to join should begin in the next few weeks. Head here for more information.