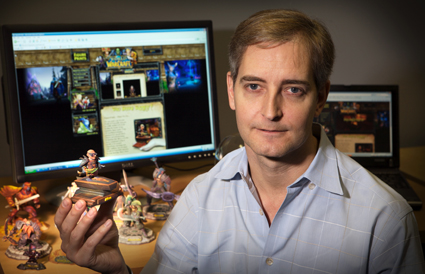 Ed Fries who co-created the Xbox has revealed that the current platform holders can’t afford to remain unaware of the changing trends around them. The playground is just not similar compared to 10 years ago and they have to respond to the changing trends and watch closely what Apple is doing.

“It’s getting harder and harder for the traditional consoles to ignore the Apple kind of experience. Anybody can develop for the platform, certification is a relatively cheap and painless thing,” he told GameInformer.

“But now you’ve got guys who make games like Fez who can’t do an update to their game because it costs too much, if that game was on iOS that wouldn’t be a problem, but because it’s on XBLA it’s a problem.

“Those kinds of ideas have to go away in the next generation. They’ll go away in Ouya, they’ll go away if Apple brings some kind of product into this space, the console makers like Sony, Nintendo, Microsoft, they have to respond to that, it’s just the future.”

He also added his toughts about the free-to-play model and how it is becoming a major source of revenue for some developers. Adopting this model in the future by platform holders should be possible because people simply won’t pay $50 for all games.