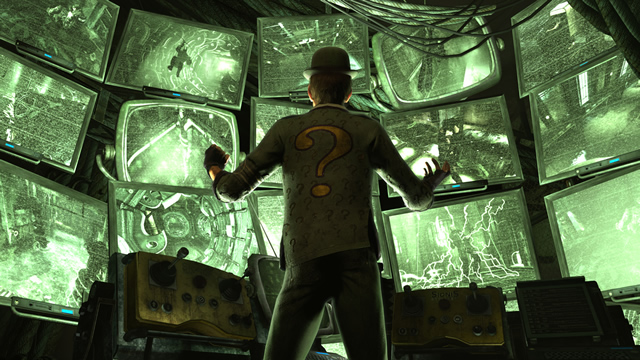 The fans over at Arkhamcity.co.uk got their Sherlock caps on and deciphered a code spread over some recent Arkham twitter posts. ArkhamCityNews had been tweeting with certain letters capitalised, the tweets in question were:

“Going to do soMe more demoes iN london. Back Soon!”
“Next developer piece Is CominG later tOday”
“I have another developer q&A waIting in The wiNgs. Do you wAnt to hear from a charaCTer artist or an animator?”
“Rocksteady developer diary: Art Department (Karl Stjernberg)”
“LOtss of InSIght into the dEv t3am at ROCksteadY thIs w33k.St4y tUneD!!”
“Very excIting times here aT the stuDio, what would yOu want to hear about?”

From this, the users of Arkhamcity.co.uk produced the anagram of “ROCKSTEADY IS RELEASING A VIDEO AT SDCC”. SDCC being the San Diego Comic Con event, taking place on July 21-24 . Guess we’ll have to keep our eyes peeled!