Looks like developers Beenox are going all out as they bring the PS1 classic to the modern era.

Activision turned a lot of dreams into reality at The Game Awards a few days back, when they announced Crash Team Racing: Nitro Fueled, a remake of the Naughty Dog developed PS1 classic in vein of the treatment that the Crash Bandicoot and Spyro trilogies have received over the past twenty-four months. Unlike those remakes, however, CTR: Nitro Fueled will also have additional content to go along with the completely redone original content from the original game.

Head on over to the game’s Amazon listing and scroll down to read its description, and you can see exactly what that content is. Apart from remaking the characters, tracks, items, and modes from the original Crash Team Racing, Nitro Fueled will also have additional karts and tracks “beyond the original game”. The description also mentions that the upcoming remake will allow players to race online, which one would have expected anyway, and that it will also have online leaderboards.

Box art for the game has also been released, and is on the Amazon listing too, though you can take a look it below as well. Crash Team Racing: Nitro Fueled launches June 21, 2019 for the PS4, Xbox One, and Nintendo Switch. 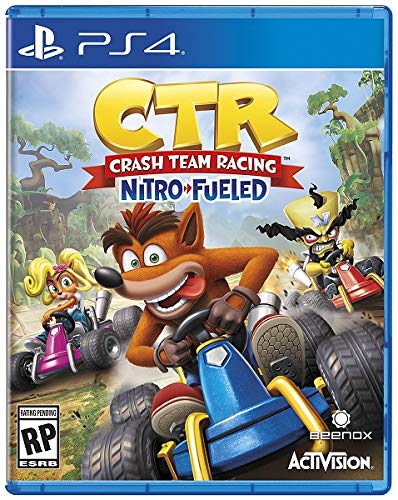