The beloved kart racing, Crash Team Racing, got a special remaster/remake last year. A combination of several titles from the PS1 era, it’s been a treat for fans. Activision and developer Beenox have also kept the post-launch support consistently since the original release. While that support isn’t going away, it is changing, and the last of the current Grand Prix model is now.

It was announced earlier that the 8th season Grand Prix would be the last one. It’s called Gasmoxia and actually continues the story from the main campaign. It takes place on the home planet of the main villain, Nitro Oxide. It adds new Karts, challenges and skins, which you can see below.

Crash Team Racing Nitro-Fueled is available now for PlayStation 4, Xbox One and Switch. The Gasmoxia Grand Prix is live now across all versions of the game. There’s no word on what the model will be for ongoing content after this is done, so we’ll keep you updated. 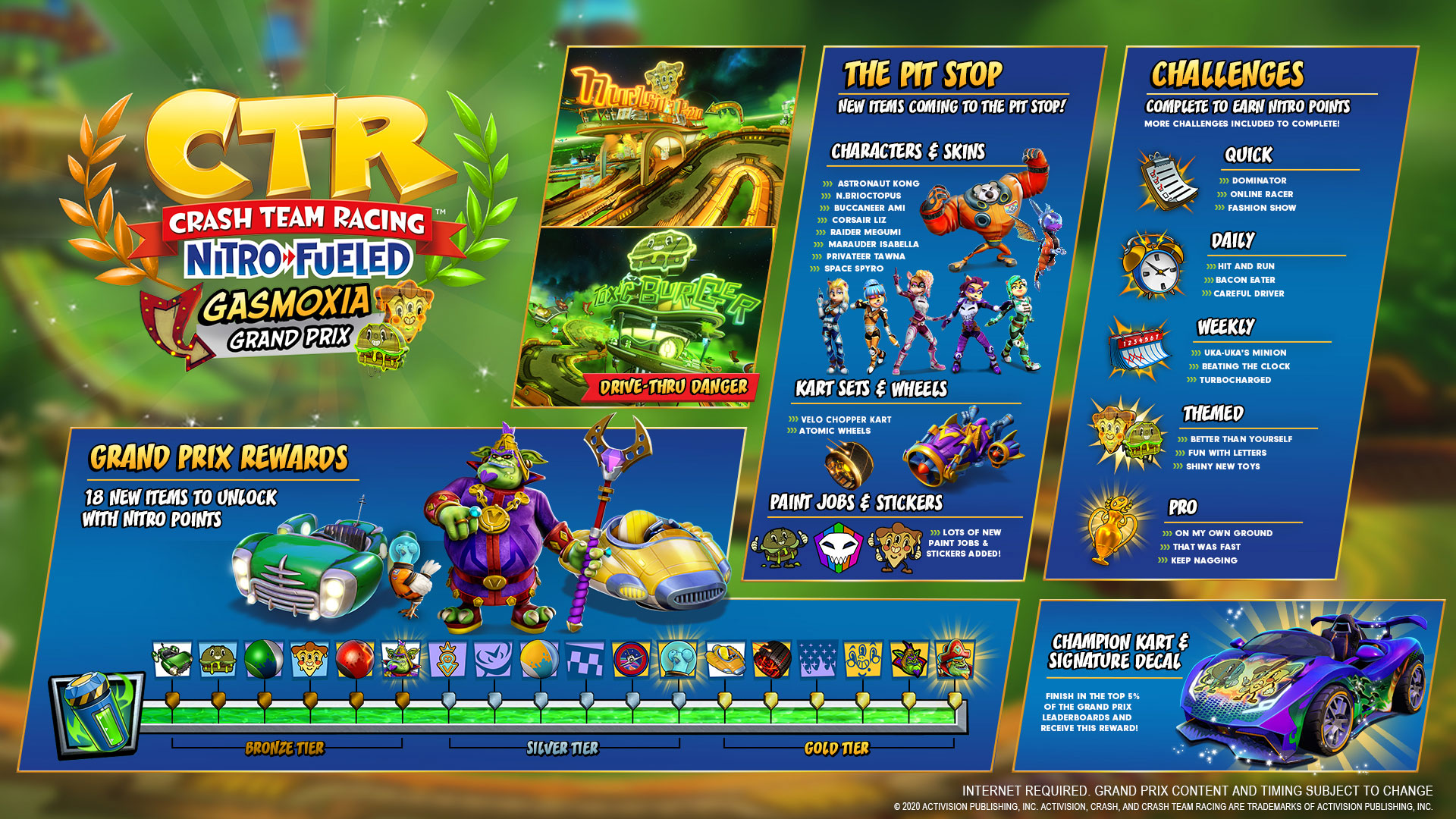