Crimesight is an asynchronous online PvP title focused on a murder mystery where both the victim and the killer are unknown. 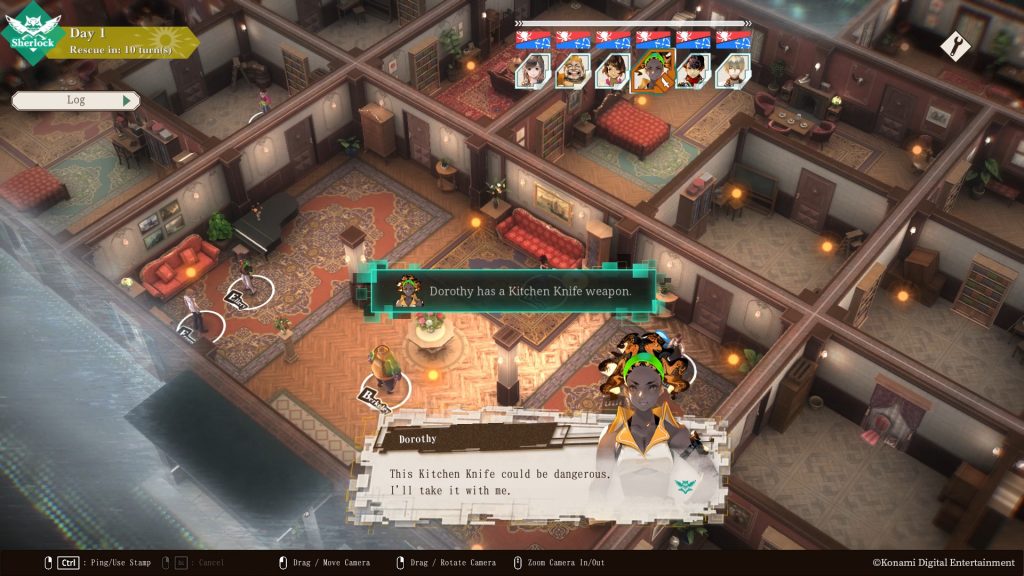 For a while there, it looked like we wouldn’t be getting more games from Konami. The famed Japanese publisher of Metal Gear, Contra, Castlevania, Silent Hill, and Suikoden seemed happy enough making pachinko machines and Yu-Gi-Oh cards. Konami video games seemed like a thing of the past.

That’s changed recently, with Konami revealing that the publisher is in “deep development on a number of key projects” and has repeatedly hinted at outsourcing several of its key IPs such as Castlevania (which Konami previously did with the Lords of Shadow games) and Metal Gear. Now, however, we’re also getting a new game from the company in mystery simulation game Crimesight. No release date for the game was announced, but Konami is recruiting players for the game’s closed beta over on the game’s Twitter account.

The game follows a group of travelers snowed in by a blizzard. Unknown to the group, however, one of them is a hidden killer who has their sights set on an unknown target. The killer, who is working with a rogue AI named Moriarty, must meet several requirements before they can pull off the murder. The other players, who are working with an AI named Sherlock, must figure out who the killer and the target are, and put a stop to Moriarty’s evil plans.

It all sounds pretty wild, but it’s a unique concept that looks like it could be a lot of fun. Crimesight is being developed for PC, though a release date was not announced.